Looking for stage prop ideas that are both realistic looking and easy to transport? Look to the signature illusion of the "The Magic of Thaddeus" show - a trick that incorporated lightweight faux beams. 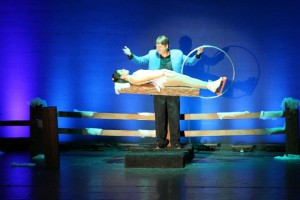 The Levitation Illusion is one of Thaddeus' signature magic tricks.

What is magic? Some people define it as performing the illusion of doing something impossible; seemingly unnatural feats achieved through entirely natural means.

And in many ways, that definition could be applied to our faux beams; which provide the illusion of real wood in places in which it would be highly difficult or impossible to use.

But it wasn't until we met Thaddeus - better known as illusionist and showman Ted Plezia - that the two concepts were finally combined in one. 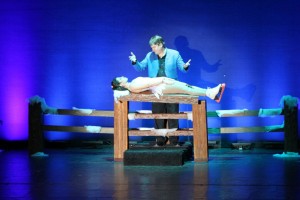 Ted and his wife Deborah run the South Shore Theatre Experience - a theater production company on the south shore of Long Island. Together combining over 60 years of stage experience, Deborah and Ted help bring the showmanship to life by helping kids and charities enjoy the thrill and majesty of theater like they've never seen before.

Ted Plezia is also known as "Thaddeus"  - and performs renowned shows Storytime Magic and The Magic of Thaddeus for thrilled audiences all over Long Island. One of his signature tricks is the "Levitation Illusion" - that's where the beams come into play. 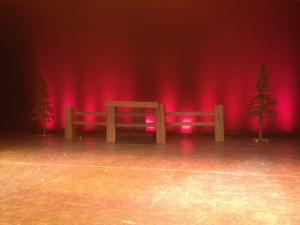 Faux is the perfect option for other set design projects, too.

If you've ever watched a magic show, you probably know what to expect with the famous "levitating lady" trick - in which a beautiful assistant hovers in the air, seemingly unassisted. While most of us have seen this trick countless times -- it's one that never fails to impress.

And nor do the beams - which Thaddeus uses as set pieces, and slowly remove as his "levitation" illusion is revealed.

And much like the magic trick itself, the beams create a convincing illusion themselves; appearing to be solid lengths of timber, yet remaining light enough for Ted to lift, carry and store effortlessly. This is achieved by ordering four-sided pieces; each with seamless end-caps to appear solid. 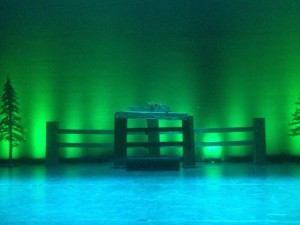 This great shot shows the essential components of the "Levitation Illusion" - and how vividly realistic they are.

Created from light, yet tough polyurethane, the beams are made from molds of real wood, mimicking each knot, grain, saw mark and imperfection. Add in an intricately detailed finish in real wood coloring and the illusion is complete.

So much so that Ted and Deborah's use of our products has become a regular go-to for other set design needs as well. Because they're affordable, light and transportable and can be cut and connected using nothing but regular household carpentry tools, they are perfect for creating all sorts of stage-ready props and set pieces.