This project demonstrates how simplicity is sometimes the epitome of elegance -- a single beam installation on a living room's cathedral ceiling.

\"Less is more." If you've been reading this blog for a while, you'll know that this is a philosophy we repeat almost to the point of parody. But it's true - sometimes the most dramatic interior and exterior design transformations come from the most subtle elements.

A perfect case in point was provided to us this month by FauxWoodBeams.com customer Jack Brannan. He recently installed a single Custom Woodland Beam in the towering cathedral ceiling of his beautiful home. You might not think that a single beam could make such a dramatic difference to such a huge room and cavernous ceiling - but as these photos show, it sure did. 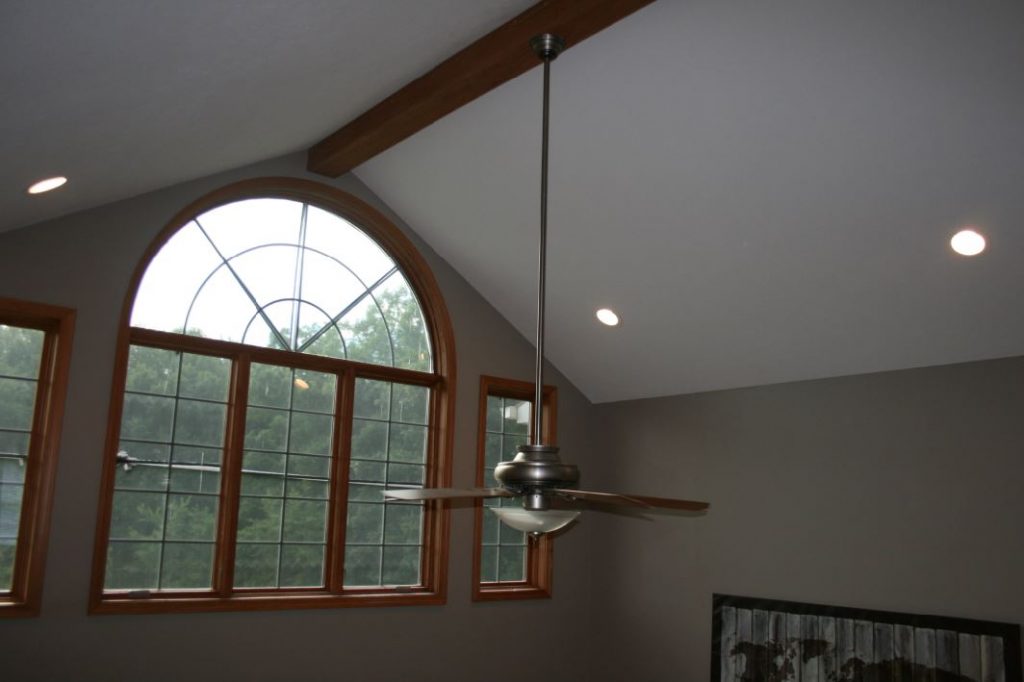 The single beam adds a sense of scale.

Jack's challenge was the fact that his cathedral ceiling was white - a lot of white. The problem with such a huge expanse of white space is that it all tends to blend into one, and there's little sense of scale. It might seem counter-intuitive, but having nothing to break up the white space actually ends up making the ceiling look smaller. Jack was looking for a way to frame the space; but also didn't want to add anything major or showy; so he could maintain the sleek, contemporary appearance.

His choice was a simple, single beam running across the apex of the ceiling - an elegant choice that suited the style of the home since many similar buildings would have an exposed central timber if their roof was built using traditional methods. Jack's immediate problem, however, was that a real timber beam would have been prodigiously difficult to install; especially since the ceiling was so high. 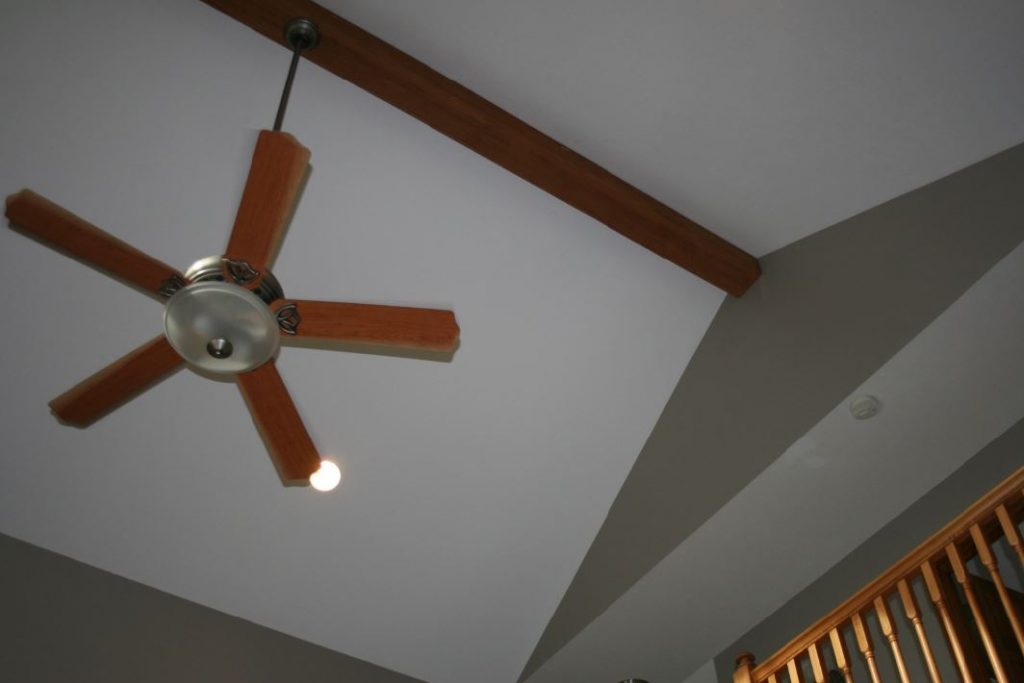 The beam's hollow design allowed for an easy installation of the ceiling fan.

In addition, there was a existing ceiling fan installed, and you can't maintain that through a solid timber beam. With such a large area to condition, a fan was incredibly important to circulate the air, and Jack didn't want to sacrifice it.

But thanks to FauxwoodBeams.com, he didn't have to. He visited our website and realized our Woodland beam would accomplish the visual look he was going for, while also being cost-effective and practical.

Installation began by drilling mounting blocks into the ceiling studs, and slotting the beam over them before securing it with wood screws. The two biggest challenges were measuring the length of the beam to fit flush across the ceiling - which was straightforward enough, as our beams can be trimmed to size with regular woodworking tools. Secondly, he needed to somehow fit the existing ceiling fan through our beam. 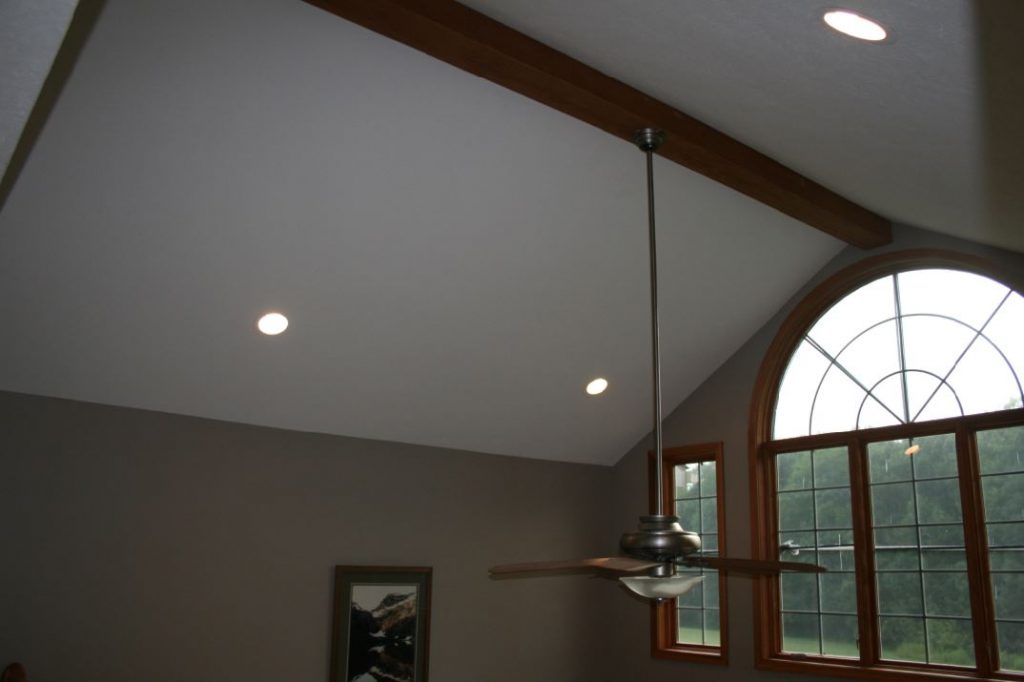 Jack chose a color that matched the existing wooden features of his home, for a subtle yet stylish design addition.

Once again, because our beams are made from a lightweight and durable polyurethane foam, Jack could simply use a circle saw to drill a hole in the beam and feed the ceiling fan mechanism through it. The fan was supported by the ceiling studs, but to casual observers it appears like it's extending from the beam itself.

The project was very straightforward, but you can see what a visual difference the beam makes.

We love this project because it demonstrates everything good about design - simplicity, subtlety and good execution. We're thrilled to be able to share it with you, and really happy to see our product showcased in such an elegant way. Thanks for sending these pictures, Jack!