Want to create the ultimate rustic Man Cave? Our panels add the look of authentic stone, while also making it easy to install all your man-essentials.

Sean Wickham of Nebraska recently sent in these awesome project photos of his man cave project - designing a bar and media center using Regency Stacked Stone Misty Morning panels and outlet covers. What we really loved about these photos is that they don't just show the BEFORE and AFTER, but also give us a peek behind the curtain (or, in this case, flatscreen) to see how Sean overcame some practical obstacles. 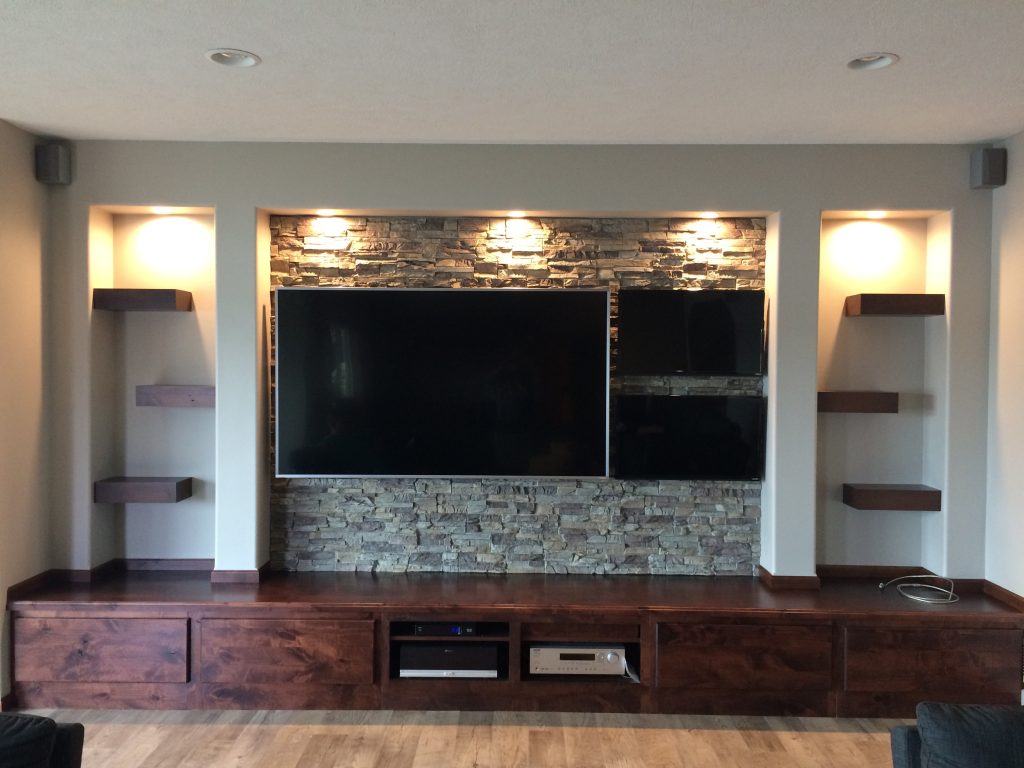 Sean wanted to use the panels as a backdrop to his media center, which on the surface seems like a straightforward project. After all, the panels attach easily directly onto the existing drywall, and all he needed to do was trim them to fit into the space between the shelves.

However, an added complication was all the hardware being added - specifically three wall-mounted flatscreens, with all the relevant wires and cables.

We were thrilled that he showed us how he accomplished that - serving as a great example for anybody else attempting something similar. 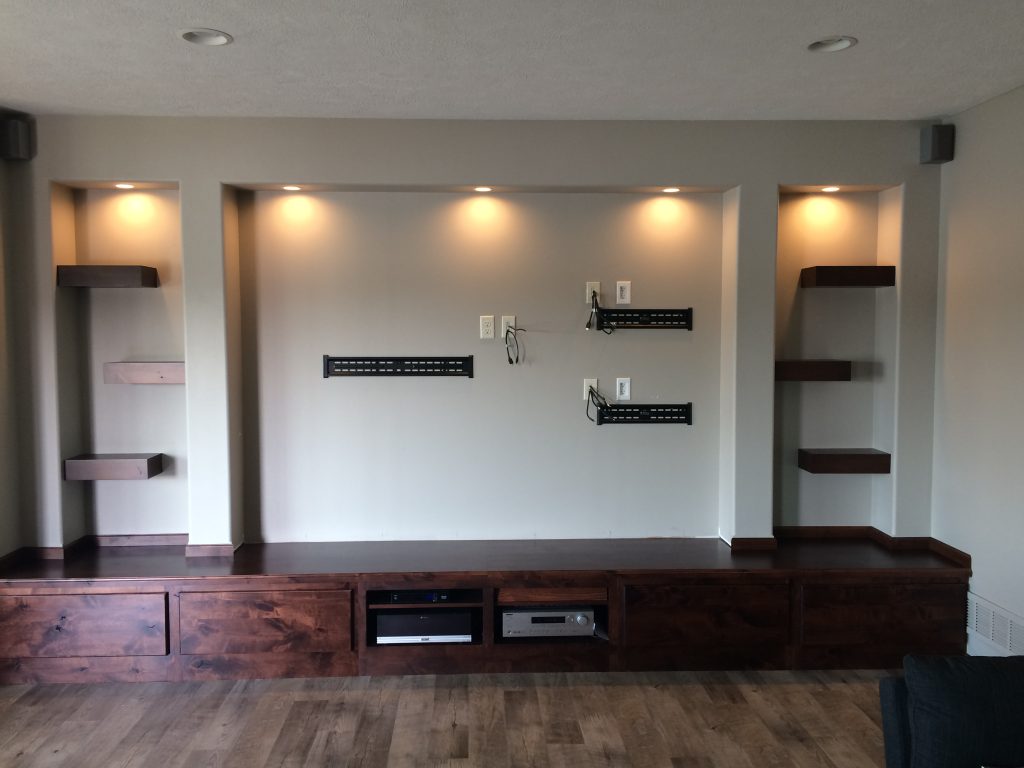 BEFORE: Mounting brackets installed for the flatscreens.

First Sean trimmed the edges of the panels to fit into the space available. That's easy enough to do with a regular wood saw, and our panels fit flush into the space.

Then he carefully assessed where to install the screens, and measured out where the mounting brackets would need to go. He then cut holes into the panels prior to installation, and mounted the brackets to the wall, drilling them into the studs behind the drywall. 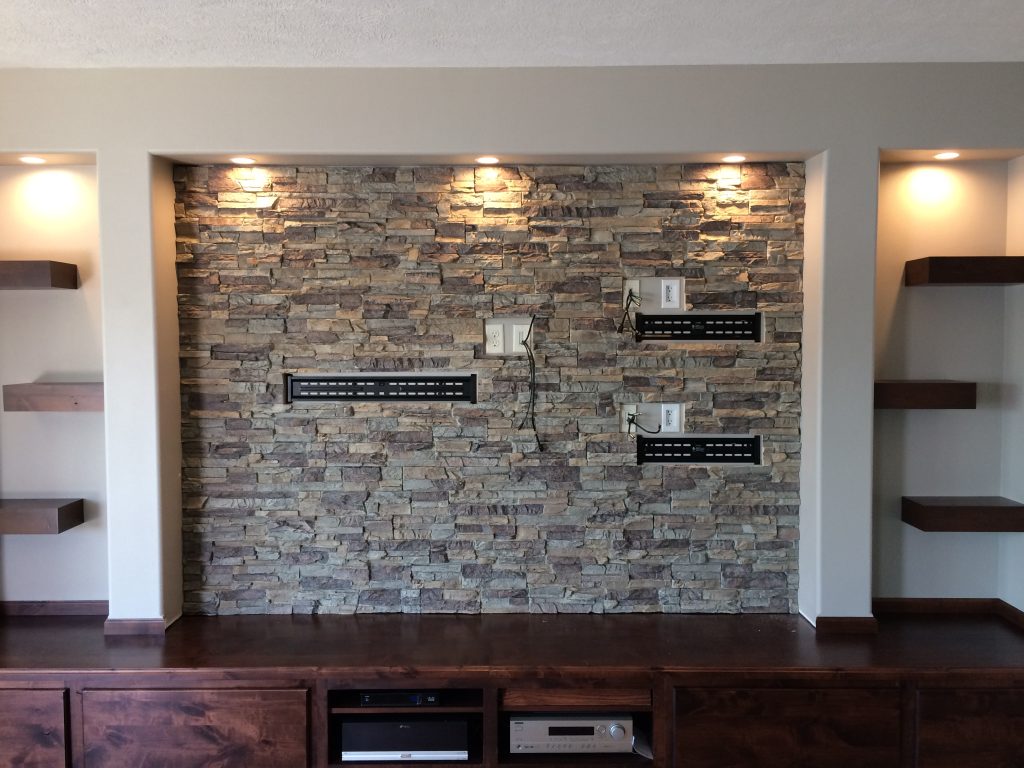 AFTER: Sean cut gaps in the panels, so the mounting brackets would be exposed and accessible.

When the panels were attached, the pre-cut holes slotted right over the installed brackets - making it simple to then mount the flatscreens on them.

Once the flatscreens were on the brackets, they completely covered any holes in the faux finish - and the entire wall looks perfect. It's a solution that's elegant in its simplicity; and the end result looks amazing. 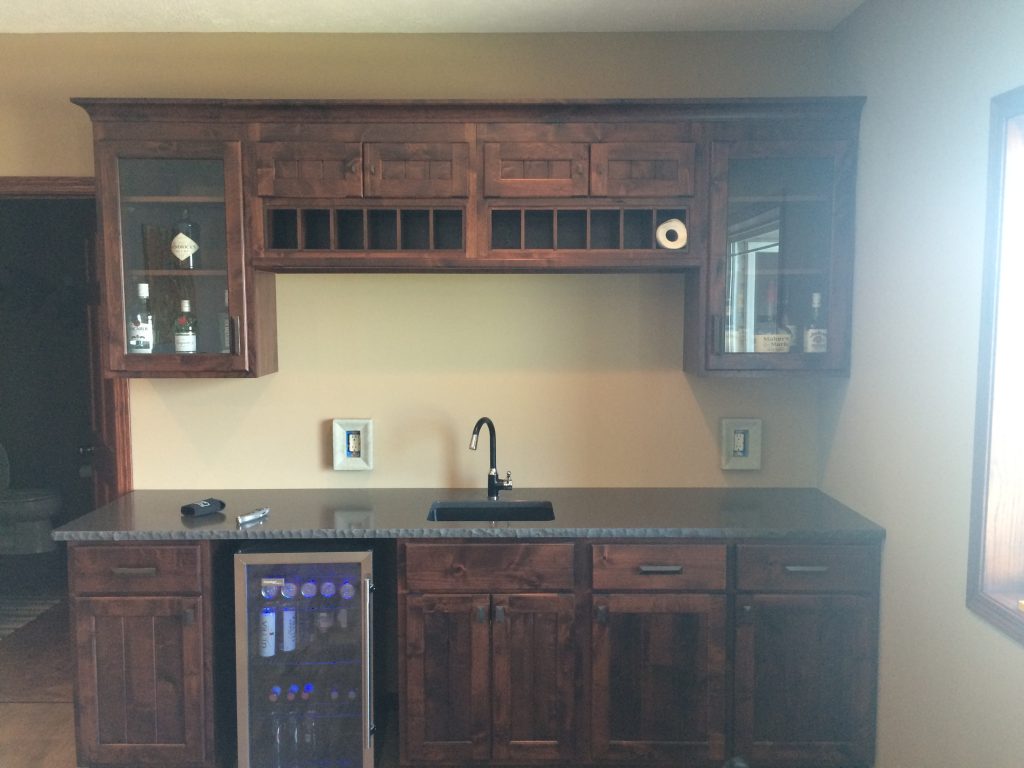 BEFORE: Sean faced a similar challenge with the bar outlets

The other clever thing Sean did was at the bar section of his man cave, where he again installed the Regency panels - this time as a backsplash. There, he wanted to retain access to two power sockets, to power all the man cave essentials (a blender for margaritas is the first thing I thought of!) Sean used a similar solution to the one he'd come up with for the flatscreens, and after cutting the edges of our panels to make sure they fit the space available, he then cut small holes for the power sockets to peek out of.

These differed to the mounting brackets for the flatscreens in that they would be exposed and visible. Fortunately, we offer matching outlet covers for our Regency line of products, and those fit around the edges of the holes Sean had cut, and made the outlets blend with the surrounding backsplash beautifully. 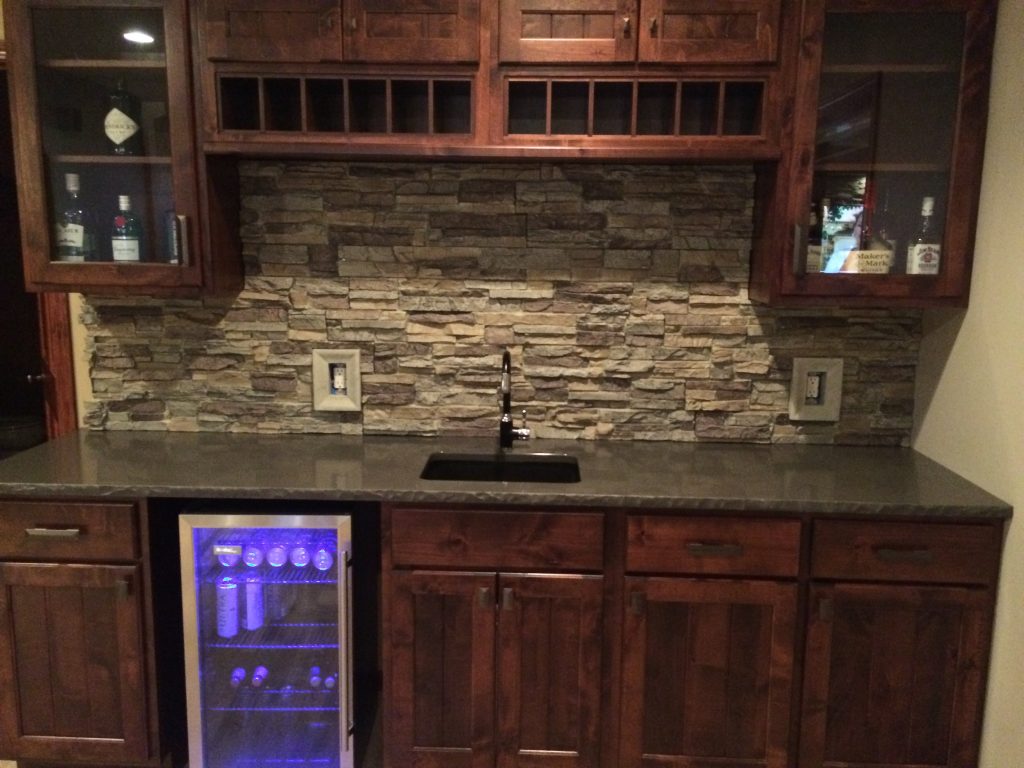 AFTER: Matching outlet covers blended the power sockets with the new bar backsplash

Nothing that Sean did is beyond the scope of the enterprising homeowner, but does demonstrate some clever planning and thought going into the project. That's demonstrated by how great the end results look.

What do you think of this man cave? Love it as much as we do? Anything you would do differently? Let us know in the comments section below.