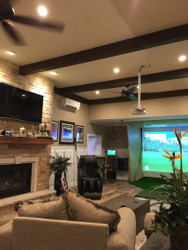 Creating beamed ceilings that blend with the existing decor was the secret to this seamless installation, resulting in a beautiful and luxurious new living room.

We love sharing pictures of customer installs - and these ones are particularly impressive. They show how Custom Driftwood Beams in Burnt Mocha color blended faultlessly with this stunning Illinois home - perfectly matching the hardwood floors, dark wood furniture and understated natural color scheme. 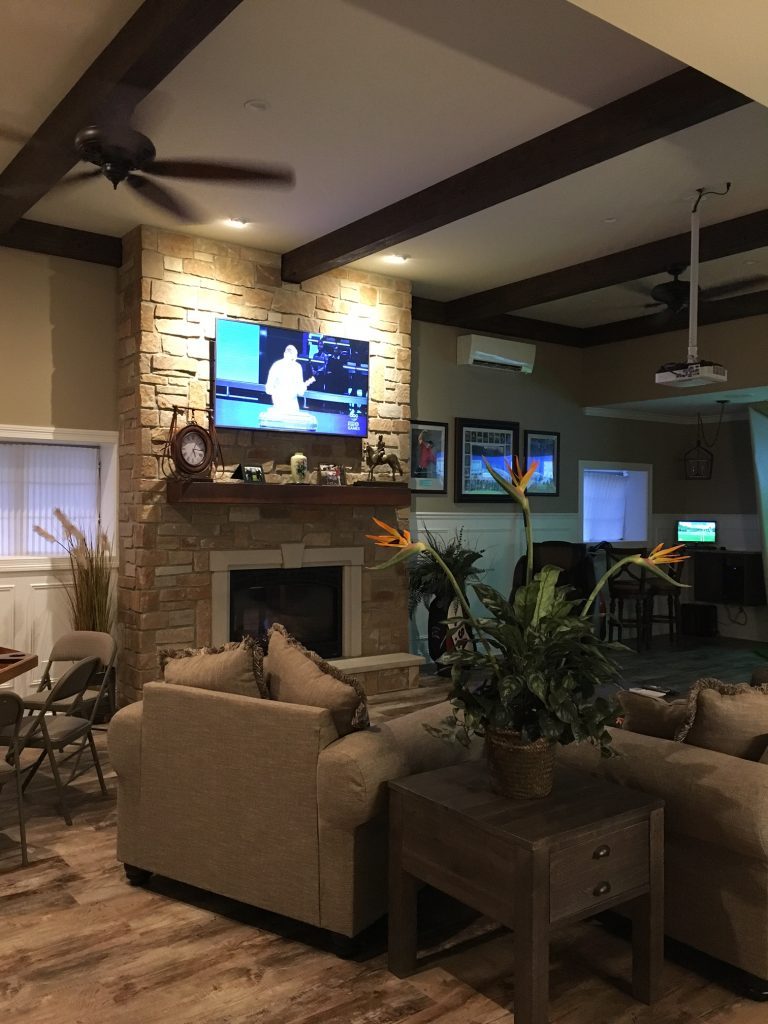 There are a ton of really nice, subtle details that really make this project work, and I think it's worth paying attention to several of them.

First off, the large open-plan design of this room featured a structural beam and supports that run right across the center of the room. These contain important electrical and venting components, and couldn't be removed or changed. Fortunately, though, the homeowners decided to use these features to compliment our beams, by building boxed-in sections with a border and cross members made from the Driftwood beams. 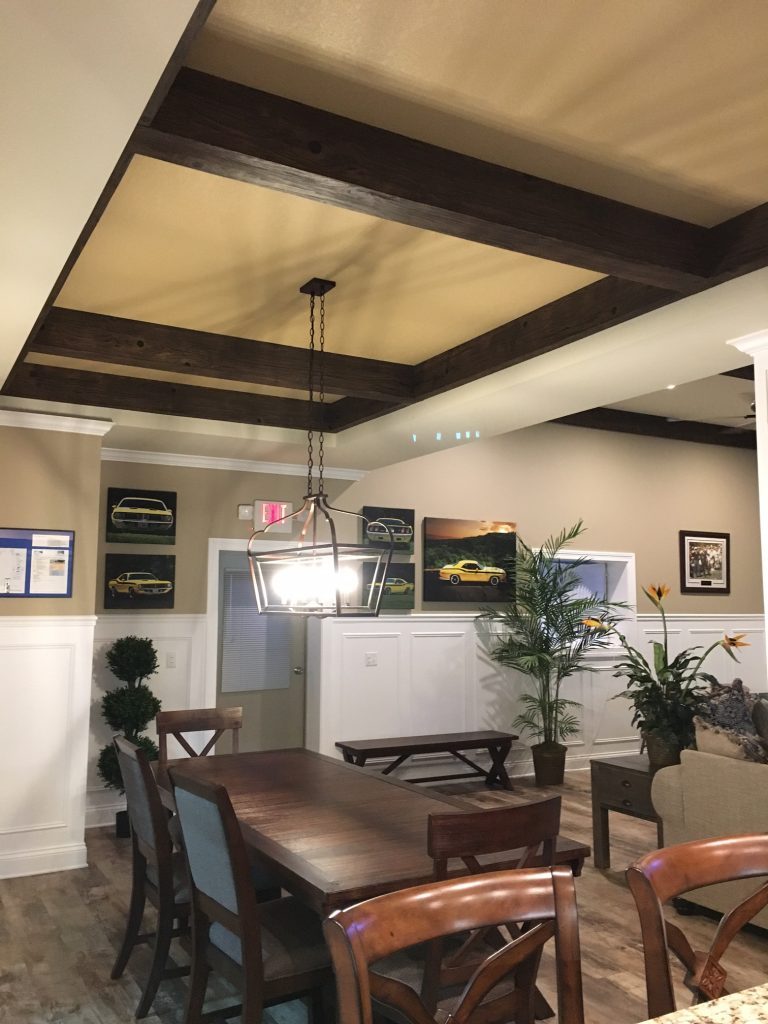 The central structural beam was turned into a clever element that highlighted the beams.

The really clever part of this is the way in which the homeowners used L-Headers to create the border, installed to fit flush with the edge of the structural beam.  This makes it appear like the beam is emerging from the structural support - as if it's an actual supporting beam, and merely exposed rather than installed after the fact. That makes the Driftwood beam crossovers look more realistic, too. 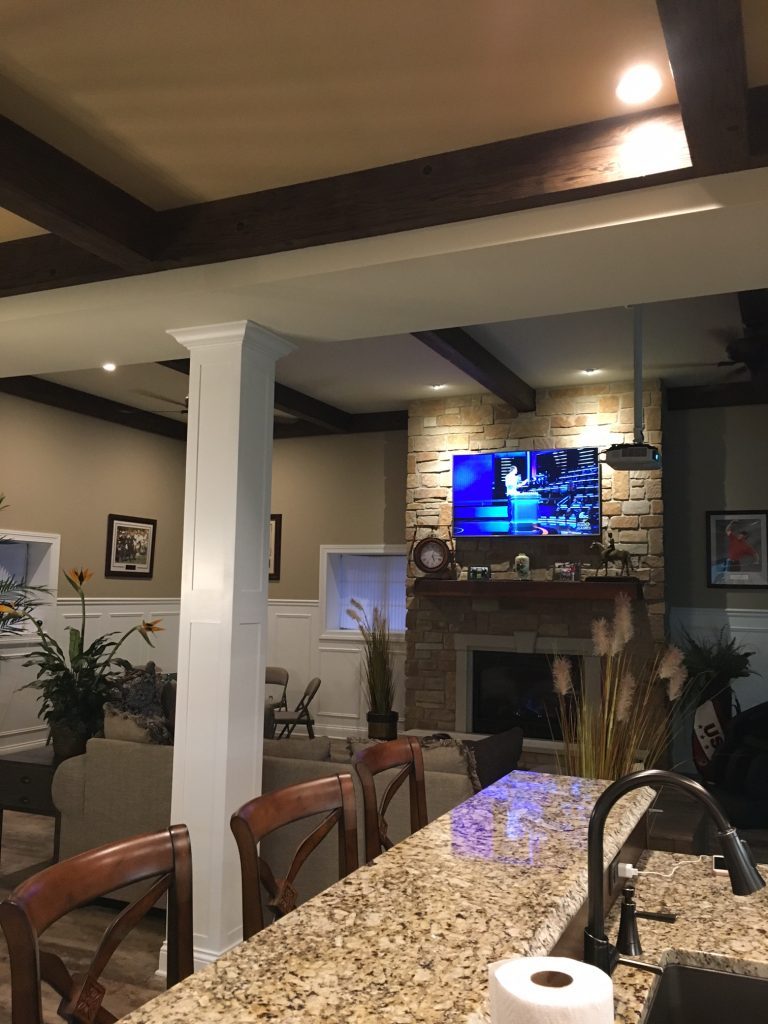 Here's another shot of the clever way the beams were installed seamlessly with the structural beam and columns.

The next clever installation element we wanted to showcase was the fireplace.

Located in the center of one wall, the fireplace was beautiful, and made from gorgeous stone bricks. Obviously, that created an issue with running the beams around the perimeter of the room - so the enterprising homeowners turned to the history books and looked at how real timber beams would have appeared in homes with similar fixtures. 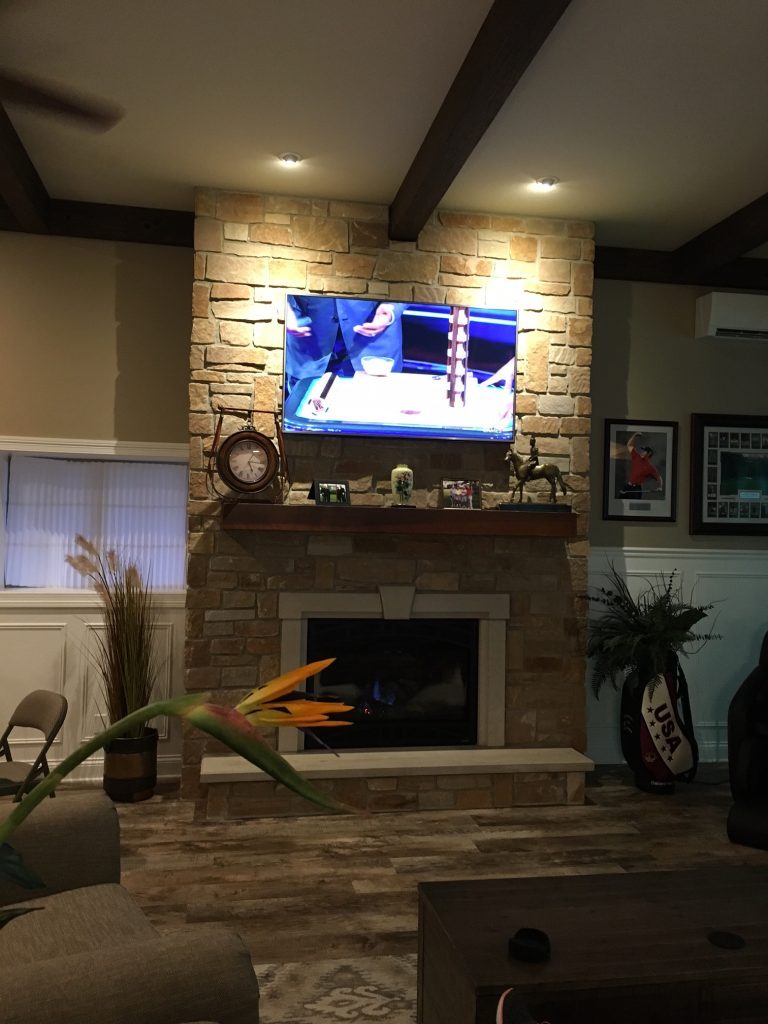 The fireplace needed some thought about how to best install the beams.

As it turned out, structural wood beams often met large, stone foundations like this fireplace. In fact, they served as the perfect anchor point for the heavy beams; and that's the look these homeowners went for. They trimmed the ends of the beams to fit flush with the stone, and that made it appear as if they were actually going inside the fireplace - supported in small stone alcoves as a real timber beam would have been.

Obviously, that's an illusion - but thanks to clever carpentry, and entirely convincing one; and it means the beams look absolutely congruent with the fireplace, and in keeping with the rest of the room. 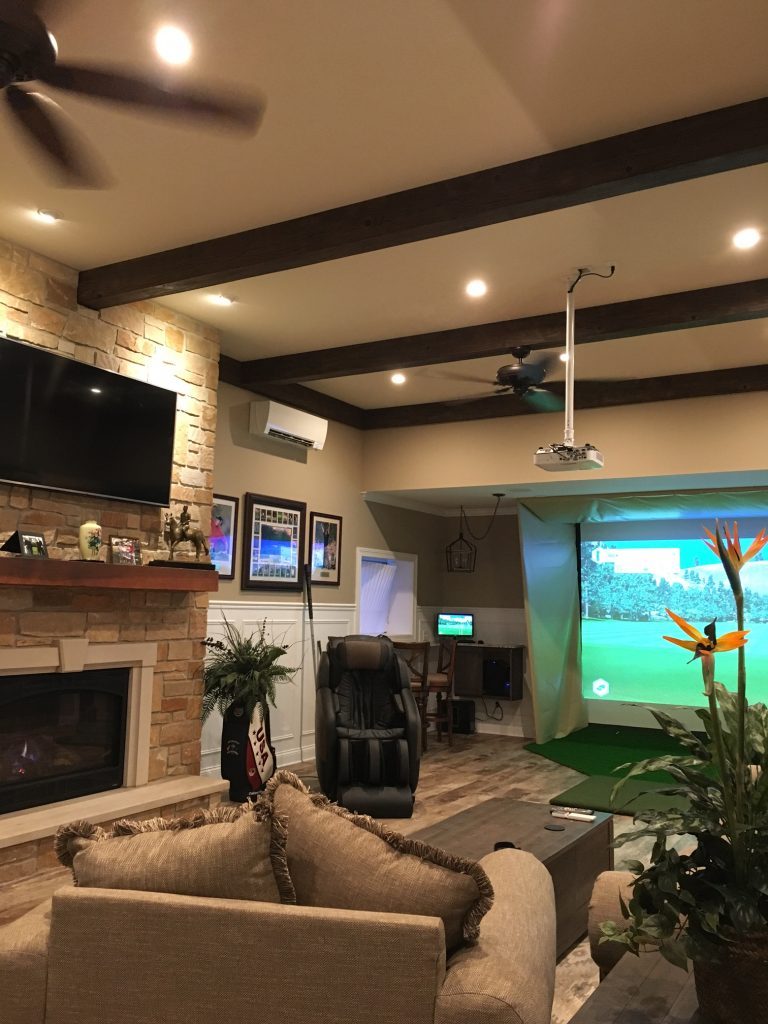 Here's another angle of where the beams meet the fireplace.

The final detail worth noting is the color matching of the beams themselves.

Browns and taupes are definitely the theme of this room, and they're contrasted beautifully with clean, white wainscoting and paneling. But the homeowners decided to go with a dark Mocha color for the new beams they installed - which might have seemed like a bold choice. 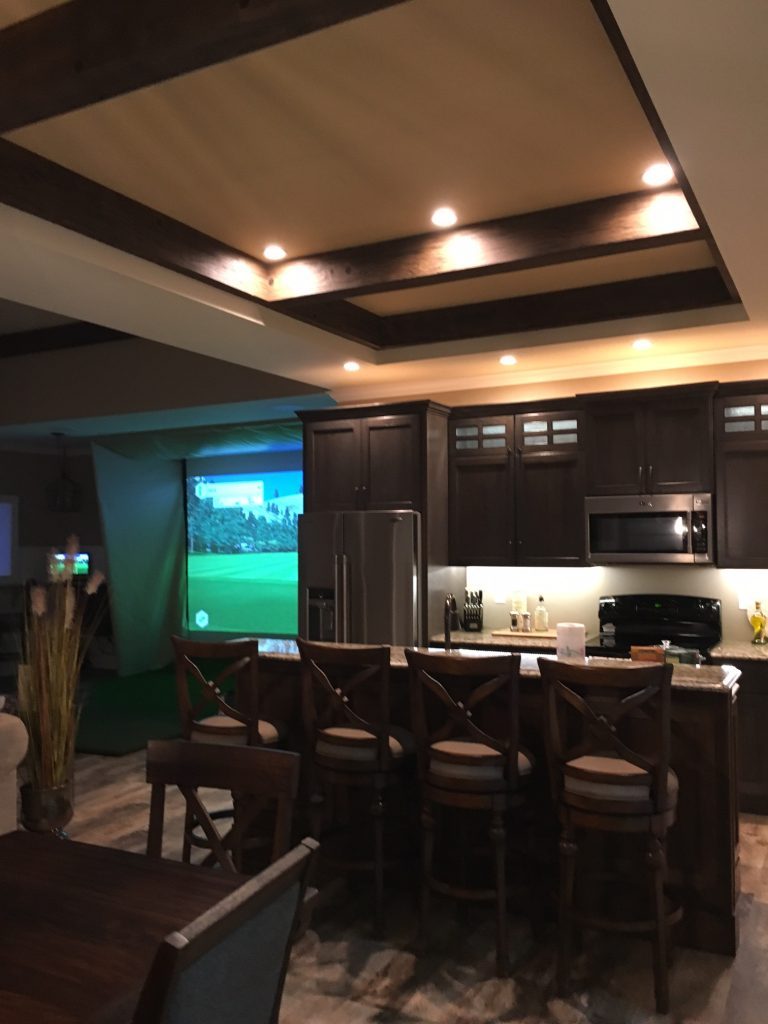 This shot from the kitchen area demonstrates how perfectly the beams blend with the beautiful dark wood furniture.

But when you start looking at the kitchen cabinets and assorted furniture in the home, you'll see the Mocha color matches perfectly - and it really adds a great new element to this three-color scheme. By themselves, the furniture looks characteristically transient - after all, a homeowner could replace the lot of it on a whim. But when you pair that with the cabinets and beams, the furniture becomes less of something that's just in the room, and becomes something that's part of it.

And that's really where the magic of these beams come in - they really bring together the entire room, and make it more than just the sum of its parts. We love the way they blend seamlessly with the decor, and are excited to be able to share these pictures with you.