Our beams aren't just for ceilings. You can use them for other innovative design ideas as well - like a wood-framed doorway. This pro tip will show you how to install a decorative door frame using faux wood to look beautiful and realistic.

Back in September, we showcased an amazing whole-house transformation accomplished by professional designer Andrea Kleiver - who used our beams to turn her already-beautiful home into something worthy of a show on HGTV or on the DIY Network.

One of the most striking features of Andrea's design was this signature nook - a corner of her daughter's bedroom she'd turned into a cozy little reading space. Andrea framed the nook with our Custom Handhewn Beams. 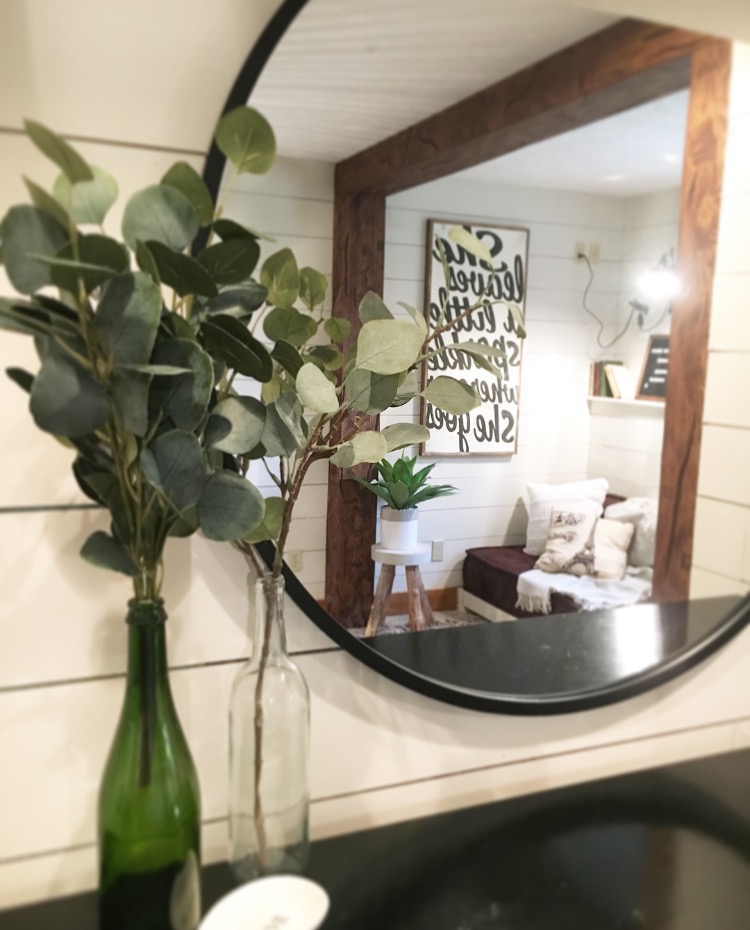 It was a brilliant idea, and easy to accomplish. You can just cut beams to size and fit the into any space to give the appearance of supporting beams - or, thanks to the hollow, u-shaped design of our beams, you can actually slot them over the edges of a real doorway, and give it the appearance of timber frame without sacrificing any of the width or height.

So far so good, right?

While it's a fantastic idea - there are a couple of things to think about. It's worth dong research into how structural wood beams would have been used, then you can use faux products to mimic the same layout. Otherwise you're just 'winging it' - and while your design might look superficially fine, it will always look a bit 'off' because subconsciously a lot of us will spot any inauthentic details.

Just what do I mean by that? Here's an example: 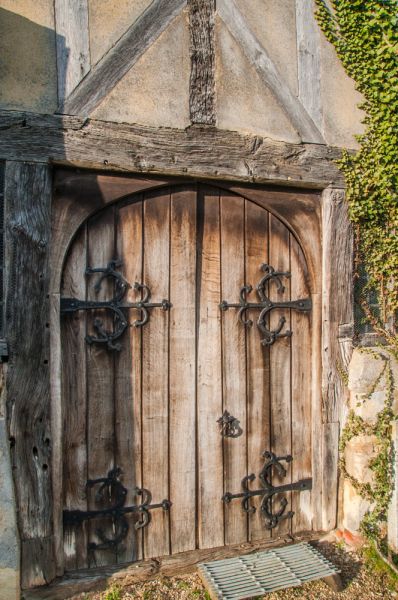 A doorway from the 14th Century church in Newton Greene, England.

One thing about wood-framed doors is that they haven't changed in a long, long time - civilization pretty much figured out the best and only way to make them before the pyramids had even been built. The example above comes from a 14th century church in England, and you can see that the doorway is comprised of two supporting beams with a longer, solid beam across the top. That is the proper way to build a frame. 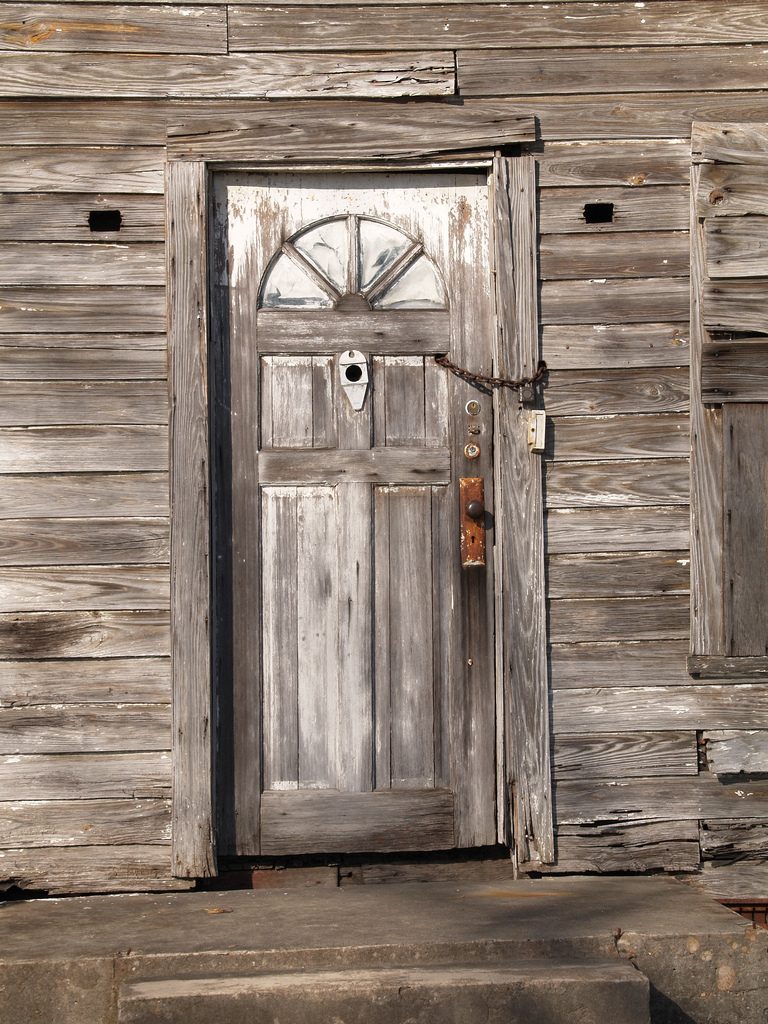 Five centuries later, and doors were still being built the same way.

This next example is from a 19th century building in the Fifth Ward of Huston, Texas. As you can see, five centuries of progress - the invention of the printing press, the steam engine and modern democracy - still hadn't found a way to improve on the basic design of a wooden doorway. Two supporting beams either side, and a long beam across the center.

Despite this, many people using faux to recreate this look initially get it wrong - installing the middle beam so that it sits inside the two outer beams. This is actually understandable, as it follows the conventions of more modern construction techniques - specifically the framing methods used in most modern American home-building.

As you can see from this picture - the door frame's center stud actually sits inside the two studs either side; leading many homeowners and designers to think that real timber beams would be positioned likewise. This isn't actually true - the framing is misleading, as weight of the ceiling is actually supported by a secondary stud that runs right across the top of the frame. 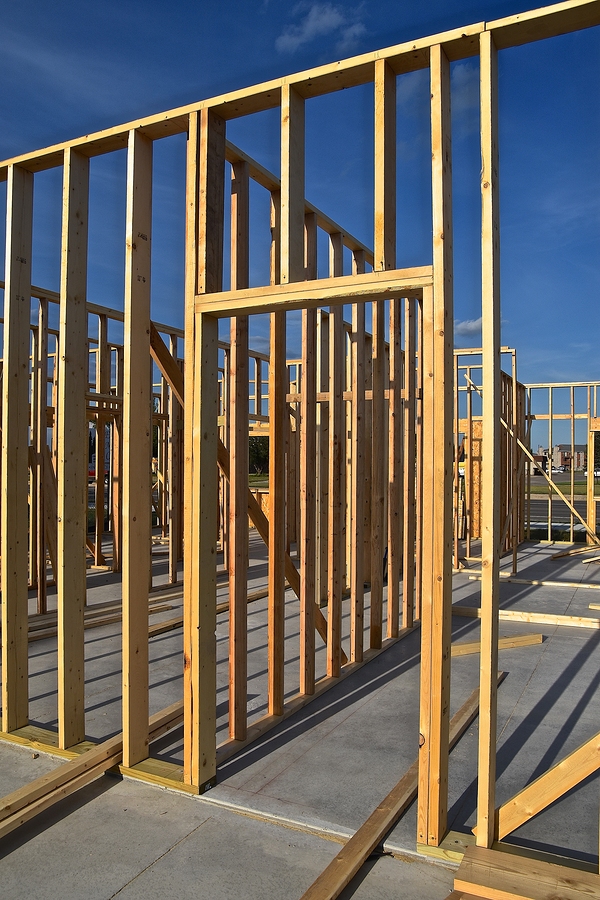 In this photograph, you can see how a modern-framed doorway is designed differently to a traditional timber one.

So, when using faux beams to create a replica timber-framed doorway, you want to make sure to follow the historic example, and not just what modern frame-builders do. Here's an example: 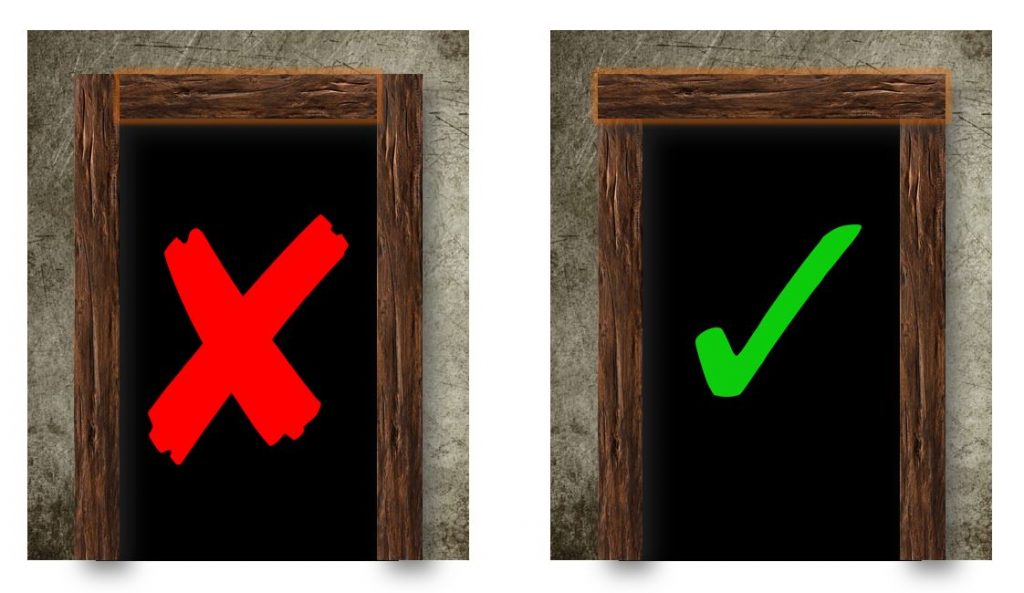 It's a subtle difference, but an important one - and even if you couldn't immediately tell why, subconsciously you'd instantly have felt that there was something not quite right about the picture on the left.