As you may already know, you install faux beams by first attaching several wood blocks securely to the ceiling or wall, and then attaching the beam to the blocks. The blocks are inside the hollow beam, so they're completely hidden

What's not completely hidden are the screws you drive through the sides of the beam into the blocks. You have to countersink them a little into the beam and then fill the holes with matching caulk or wood putty. Or do you?

If you're like me, the first impulse you have when you need to screw something in place is to grab for a box of drywall screws. They're cheap and they're handy. But hold on. Using finish screws instead can make hole-filling easier or even eliminate it.

Finish screws, or trim screws, are flathead screws with smaller heads than normal. Some have Phillips heads, but the ones with Robertson square-drive heads are even better. 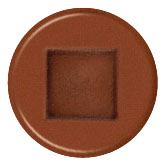 It's too easy to strip the smaller (#1) Phillips slots. If you don't already have a square driver, you can pick one up where the screws are sold. Sometimes the box of screws includes a free driver bit.

Finish screws are also available in colors. If you can match the color of your beam closely enough, and the beam is high enough up that you can't see the small screw heads from the floor, you might get away with not having to fill any holes.

If that little cheat won't work, at least you'll end up with smaller holes after you countersink the finish screws. Smaller holes are much quicker and easier to fill, and harder to see.

In this case, smaller is better. 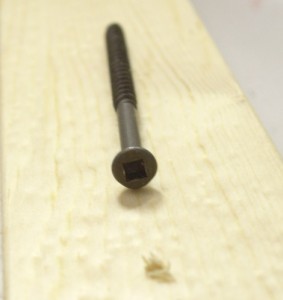 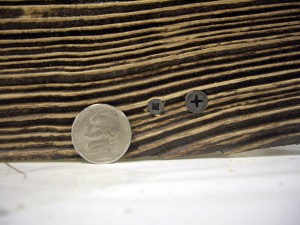