Reclaimed wood is currently one of the hottest building materials - but not always the most practical or affordable. That's why we have a product that is arguably even better than the "real thing." Check out our Reclaimed ceiling beams.

Design trends come and go, but the look of weathered wood rarely goes out of style. Right now, if you watch design shows on the DIY Network or HGTV, you'll frequently see designers, house-flippers and other experts using wood as a design feature or aesthetic element.

One of the hottest trends at the moment is 'reclaimed wood' - which is lumber recovered from demolished buildings or other sources. Reclaimed wood can look terrific in a variety of applications; and it's very popular among hip designers who like to market the story of the wood as much as the look of it - such as where it was recovered from.

And it is kind of cool to be able to point at a table or bench and say: "That came from a turn-of-the-century hotel in Brooklyn," or "that wood was from an apartment building that burned down two years ago."

However, cynics argue that the cachet of 'reclaimed wood' isn't much different from the appeal of boutique stores in New York City that use the term 'vintage' as an upscale way of describing the same sort of used clothing that Goodwill stores sell. Because there's a story attached, retailers often bump up the price to bolster the 'prestige' of using reclaimed - and what you get in the end doesn't necessarily justify that cost.

In purely practical terms, there are many downsides to using salvaged wood - and the cost is just one of them.

One of the most obvious problems is irregularity. Because reclaimed wood was used for decades or even centuries in another building before it was repurposed, the wood has developed a unique and appealing 'weathered' look - which is part of the reason people love using it as a material. However, there's no real control over what that 'weathered' aesthetic ends up looking like; and if you need a lot of it - for example, as box beams in a ceiling project - there's no guarantee that all the wood you purchase will look the same.

Likewise, reclaimed wood has been exposed to the elements for years or decades - and some of it is cracked, warped or damaged in some way. That might suit the 'look' some people are going for, but in terms of practicality, it's not great to try and use a material in a building project that is structurally compromised in some way. Our beams are created using molds taken from genuine aged and weathered reclaimed wood. 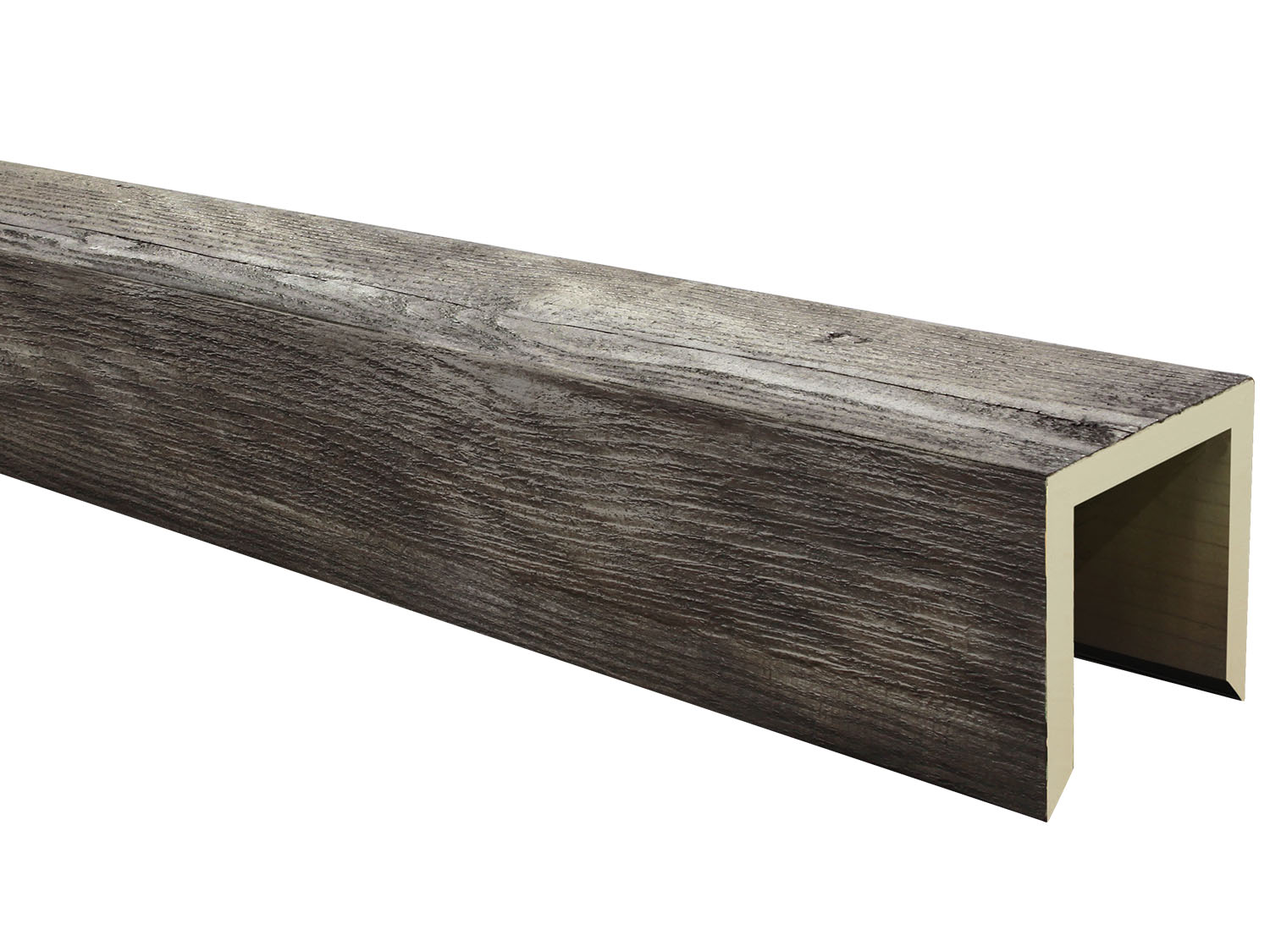 Along those same lines, there's no guarantee of what you're buying. Because the sale of second-hand or recovered wood isn't regulated, there are no hard-and-fast rules about treating or storing it; and horror stories have emerged of customers who bought reclaimed wood only to find it infested with termites, or riddled with potentially-harmful mold spores. Likewise, wood from old factories or industrial plants might look attractive; but who knows what chemicals or materials have soaked into it over the years. Would you really want to install something in your house from a barn that stored toxic pesticides? Or a demolished building that contained asbestos?

Obviously, these are extreme examples - but those are the legitimate risks of using reclaimed.

This is why we introduced an alternative this January with the launch of Custom Reclaimed Beams. They are stunningly realistic, but feature a number of other advantages.

The beams are made from lightweight and durable high-density polyurethane foam, which is injection-molded in custom-designed molds of real timber. The result is a vividly textured, rigid beam that captures every knot, grain and imperfection of the original. 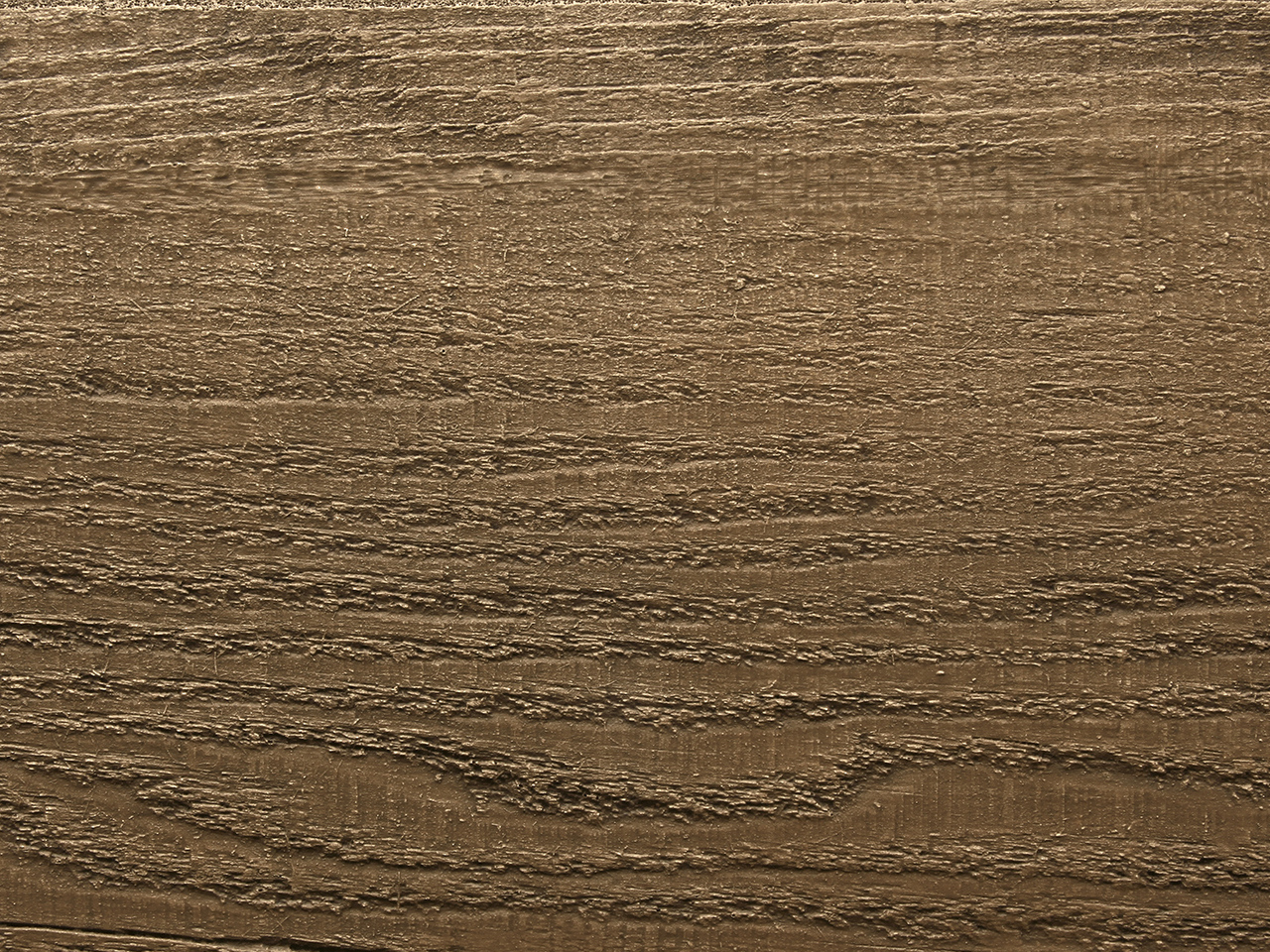 The molded beams are available unfinished, for customers to paint themselves, or pre-stained in a variety of realistic wood hues, including Walnut, Cedar, Oak and a rich, dark Java color. Whichever you pick, the end result looks fantastic - every bit the equal of the 'real thing'.

But that's where the similarity ends. The beams are incredibly lightweight and easy to install, and available in a variety of widths, heights and lengths up to 30 feet! In addition, the beams are manufactured using consistent techniques that ensure each piece matches the other; so you don't need to worry about running out of a particular 'style' half way through a project.

And, finally, they cost a fraction of the real thing - making them more affordable, practical and safer to get the look of reclaimed wood in your home than ever before.