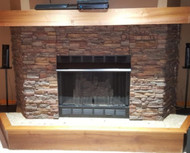 Check out before and after photos of this easy fireplace makeover, done by FauxPanels.com customer Gregory Ashman.

We appreciate all the project photos that customers send us, and try to feature as many as possible. Many of our favorites, though, are the step-by-step photos - the ones that don't just show a BEFORE and AFTER, but also demonstrate a panel project during each stage of its completion. 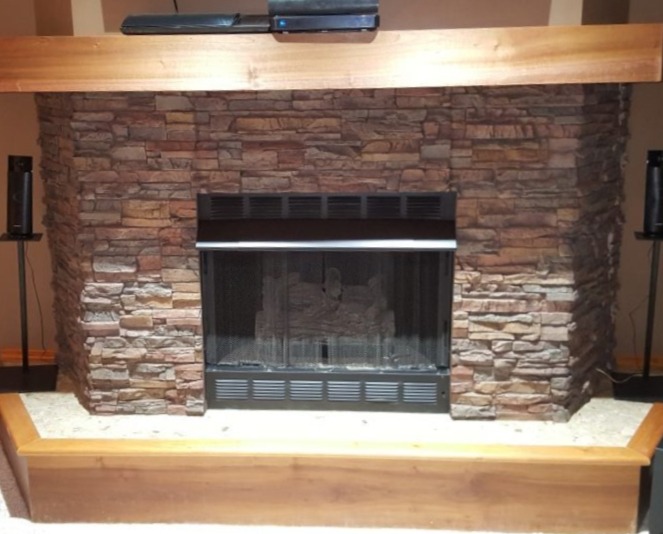 These step-by-step photos were sent to us by Gregory Ashman from Troy, Ohio. He had a fireplace that needed a remodel, and he chose five of our fire-rated Regency Stacked Stone panels in Earth tone to bring his vision to life.

As you can see from the BEFORE picture, Greg's fireplace was looking very dated. The wood molding and tiles seemed like they belonged back in the 1990s, and there was something very unexciting about what should have been the focal point of the entire room.

So Greg decided a total transformation was in order - and he was very strategic about how he intended to complete it.

We've written before about how the secret to good design is often a philosophy of 'less is more' and that's nowhere more apparent than in Greg's project. 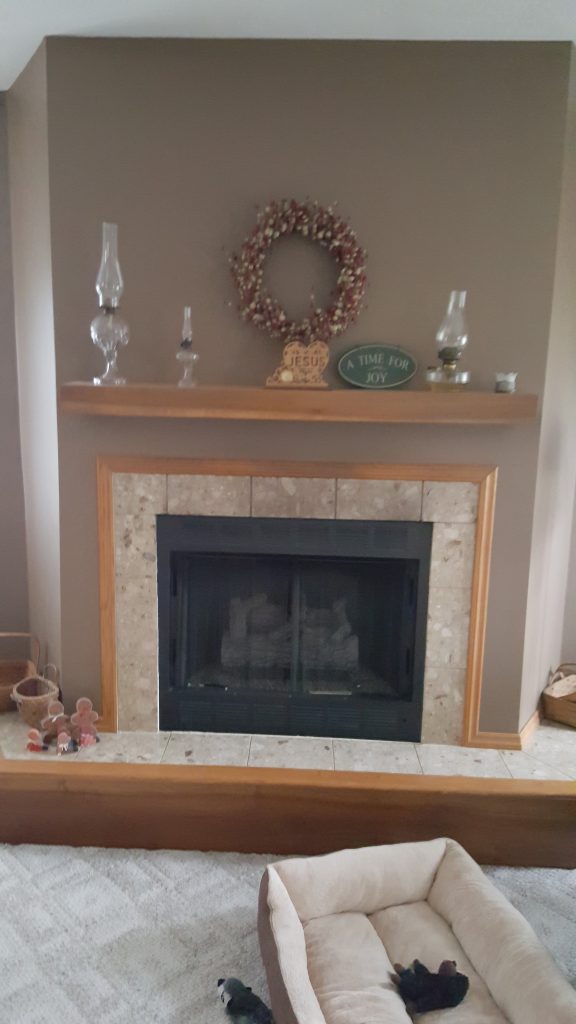 First, Greg replaced the original mantel with a custom-made one which stretches all the way around the three-sided fireplace - screwed securely into the studs beneath the drywall to make sure that it was sturdy and load-bearing. That was important because Greg installed his flat-screen, cable box and game system on the space above the fireplace.

Next he planned to cover the the bottom portion with the Stacked Stone panels - wrapping them around for a totally seamless look. To prep the surface, he pulled off the original tiles and molding and filled and sanded the surface until it was flat. Greg also opened up the partition to arrange wiring and cables beneath the drywall, and then returned the panel and spackled it flush. Finally, Greg installed the panels directly to the drywall with construction adhesive, cutting out space for the fireplace itself. 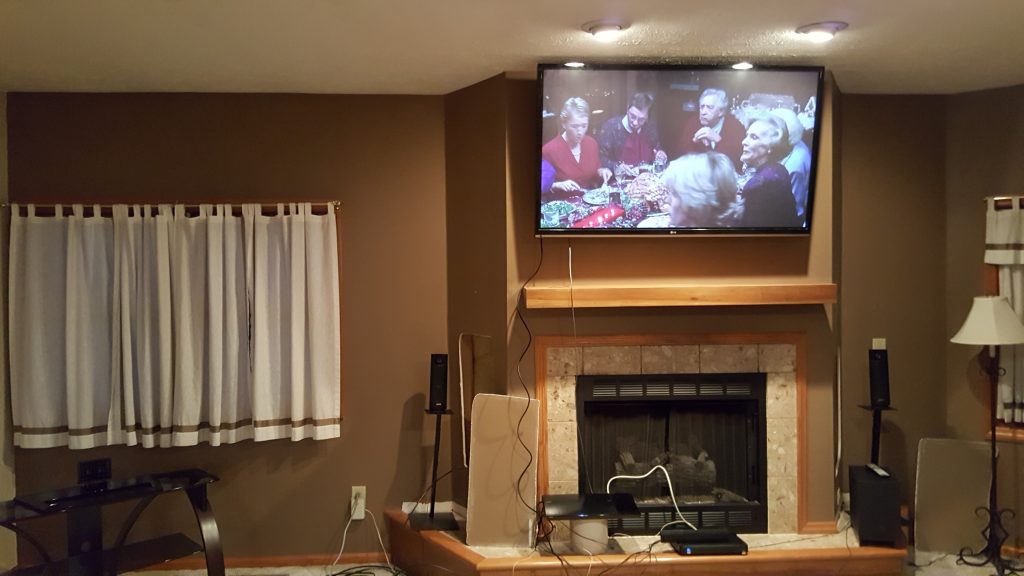 Greg cut a hole in the wall to seamlessly run cables and wires beneath the surface.

As an added element, Greg ran the cables to his front surround-sound speakers through the panels, cutting holes where needed. Because our panels are made from lightweight and durable polyurethane , Greg was able to accomplish all of that with regular carpentry tools, seamlessly hiding the spaghetti junction of wires and cables that would normally pool up around a high-end television and stereo system. 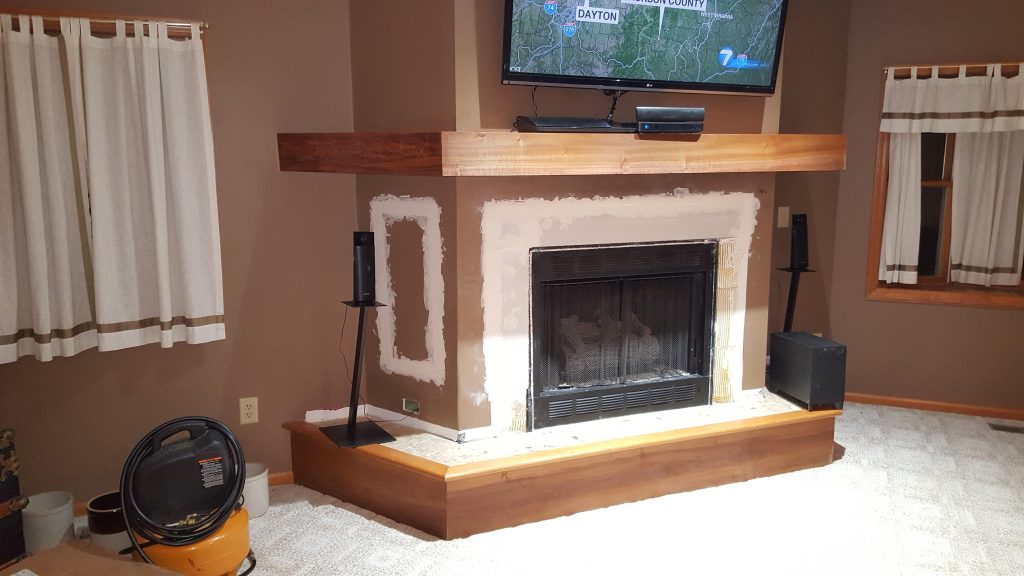 After spackling and sanding the drywall, it was time to add the panels.

The only two challenges Greg faced were cutting the top of the panels, to fit flush with the new mantel, and mitering the corners so they 'folded' over the path of the fireplace. These aren't particularly difficult, though - and well within the means of any enterprising home carpenter.

And the end results speak for themselves - we think Greg's fireplace looks terrific and lives up to its role as centerpiece of the room. Breaking it into two was a really fantastic idea, and in addition to turning the drab fireplace into the centerpiece of the entire room, it makes the faux stone look infinitely more realistic. This truly is the principle of 'less is more' in action.

But what do you think? Let us know in the comments section below!