This media wall design project sent in by our customer Ron Bryant shows how he converted his living room space with a new media center customized with Norwich Kentucky Dry Stack panels in Misty Morning color.

There are few truly bold choices when it comes to interior design, one of them being the decision to cover up a window. But that’s just what Ron did to achieve the look he envisioned. And the gamble paid off! 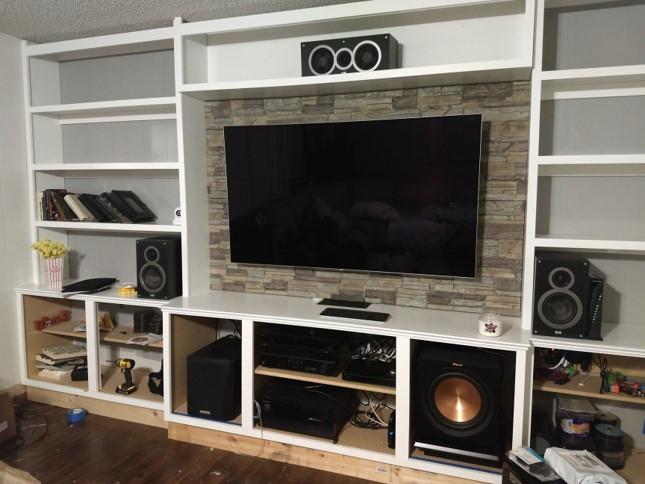 In most instances, windows are considered sacred. Natural light is one of the most important elements to a comfortable home, and most people avidly chase more natural light than the other way around. However, there's always a disparity between window placement and practicality - and to preserve sources of natural light, designers often find themselves having to compromise on their creative visions. 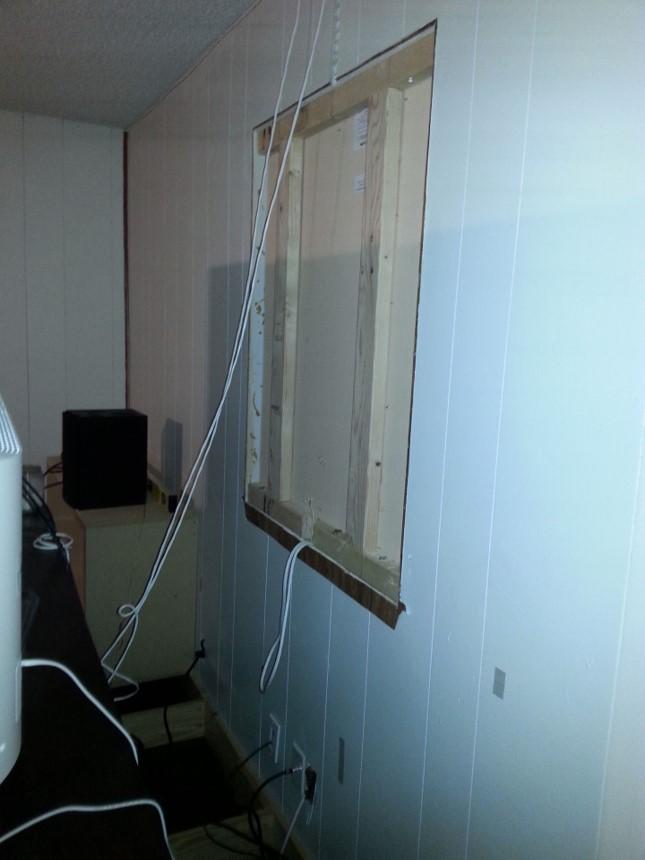 That could have been the case for Ron. When he decided to renovate his living room, he was faced with the challenge of a small window right in the center of one wall - meaning he couldn't use that space as the backdrop for his massive media center.

Or, at least, most people would have argued he 'couldn't' use that space. 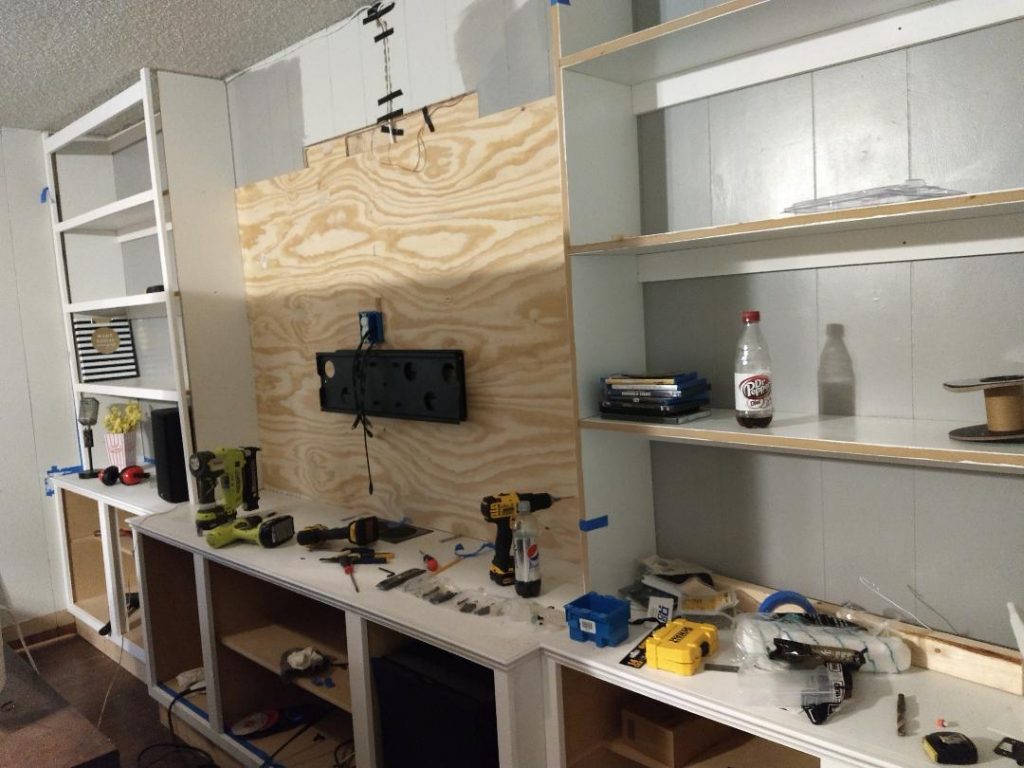 But Ron spent some time weighing his options and ultimately decided that the wall surface was more valuable for his media center than for the meager amount of light filtering through the small window, which wasn't facing towards the sun in any case. So Ron did what few people would ever consider doing, and actually covered the window up.

But this covering isn't permanent.  As Ron explained in his email, "by using small torx head screws, I can remove the covering I installed to get to the window closed in." 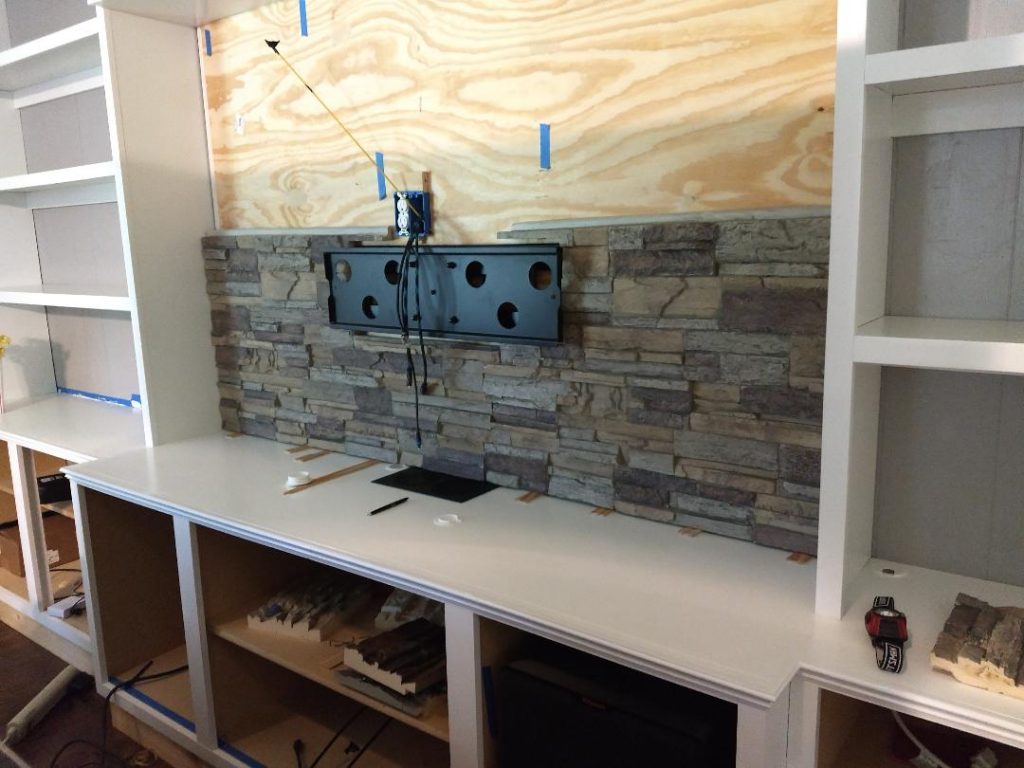 Ron mounted the panels directly to the wood, trimming the panels to fit around the mount and power cables.

But for all intents and purposes, Ron did 'remove' the window - because he installed a wall-to-wall media center over that space; and used our Dry Stack panels as the centerpiece.

As you can see from the AFTER pictures, Ron's flatscreen TV is placed in middle of the media center. He used the panels to create a backdrop for the TV, first building a mounting surface from a flat sheet of wood, and then cutting and trimming our panels to fit over that. Because our panels are made from lightweight polyurethane foam, Ron was able to trim them with regular woodworking tools to incorporate the steel mount for the TV, plus the connections for the power and media cables. Once installed, however, the TV hangs seamlessly from the stone wall; without any hanging or dangling cables. 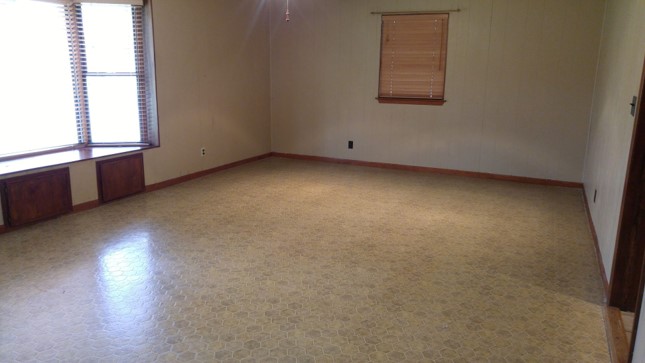 BEFORE: As you can see, the placement of the window was not convenient for Ron's plans. 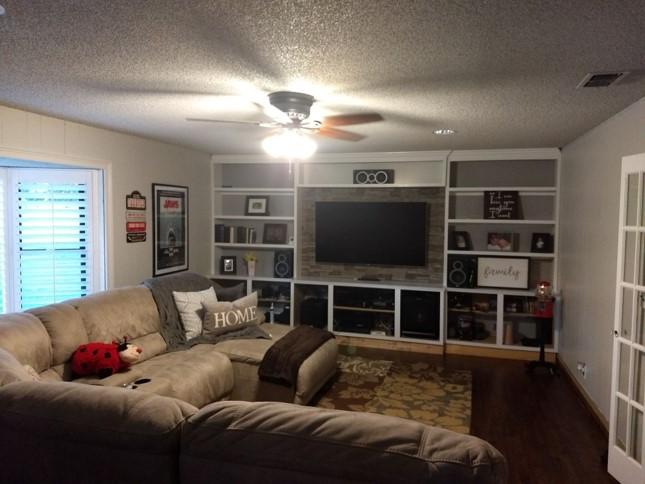 AFTER: Living room renovation complete, with plenty of natural light still coming in through the other window.

The end result looks amazing, but more than that, Ron's unorthodox decision to cover up the window allowed him to make much better use of the space, and at the end of the day, that's what effective design is truly all about.