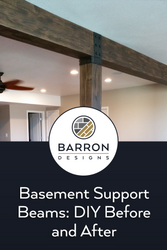 Basements can play many different roles in your home. They might be a place to store everything from holiday decorations to camping gear, but they’re also ideal for entertaining and relaxing. Or, they might be converted into an extra bedroom, a man cave, a bar or any other kind of room you want for your home.

Of course, you want your basement to look as good as the rest of your home, and in many cases that means figuring out what to do about those important but often unattractive basement support beams.

What Are Basement Support Beams?

Whether these beams are made from wood or metal, they’re designed for function rather than form. That means they often stand out from the rest of the room — and not necessarily in a good way.

Since you can’t simply remove or replace basement support beams, finding a way to work with (and around) them is an important part of creating the look you want in your basement.

Whether you’re redoing your entire basement or just want to cover up those unappealing beams, this DIY project can typically be done in a single weekend and will completely transform the look of your basement.

Cinnamon wanted to transform her basement support beams with a basement pole cover. In the “before” photo, you can see just how unsightly the bare supports were. 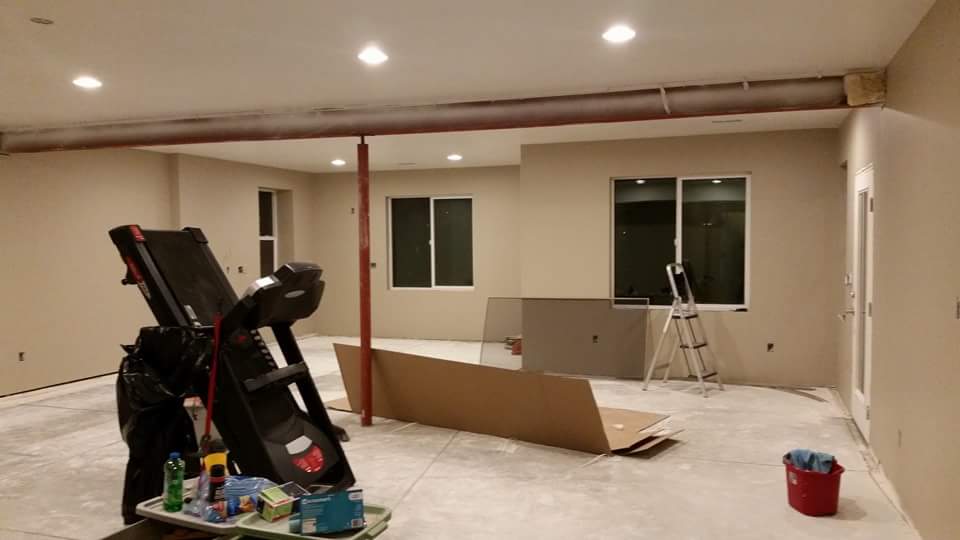 BEFORE: These bare support beams were an unsightly but important part of the basement.

An essential support post in the center of the room was needed to brace the ceiling, but both its location and its appearance posed a problem.

Cinnamon wanted to make her basement look better, but didn’t want to bring in a contractor – who might take awhile to finish the project – or spend too much money. Since she had some time to do the project herself, and preferred that approach, she found her solution on FauxWoodBeams.com.

Cinnamon’s solution was elegant in its simplicity: She ordered three Custom Resawn beams in Burnt Mocha and used them to cover the support structure.

The molded design of the straps resembles authentic iron straps, so in addition to hiding the seams between the beams, Cinnamon’s solution gave her gorgeous room even more character. 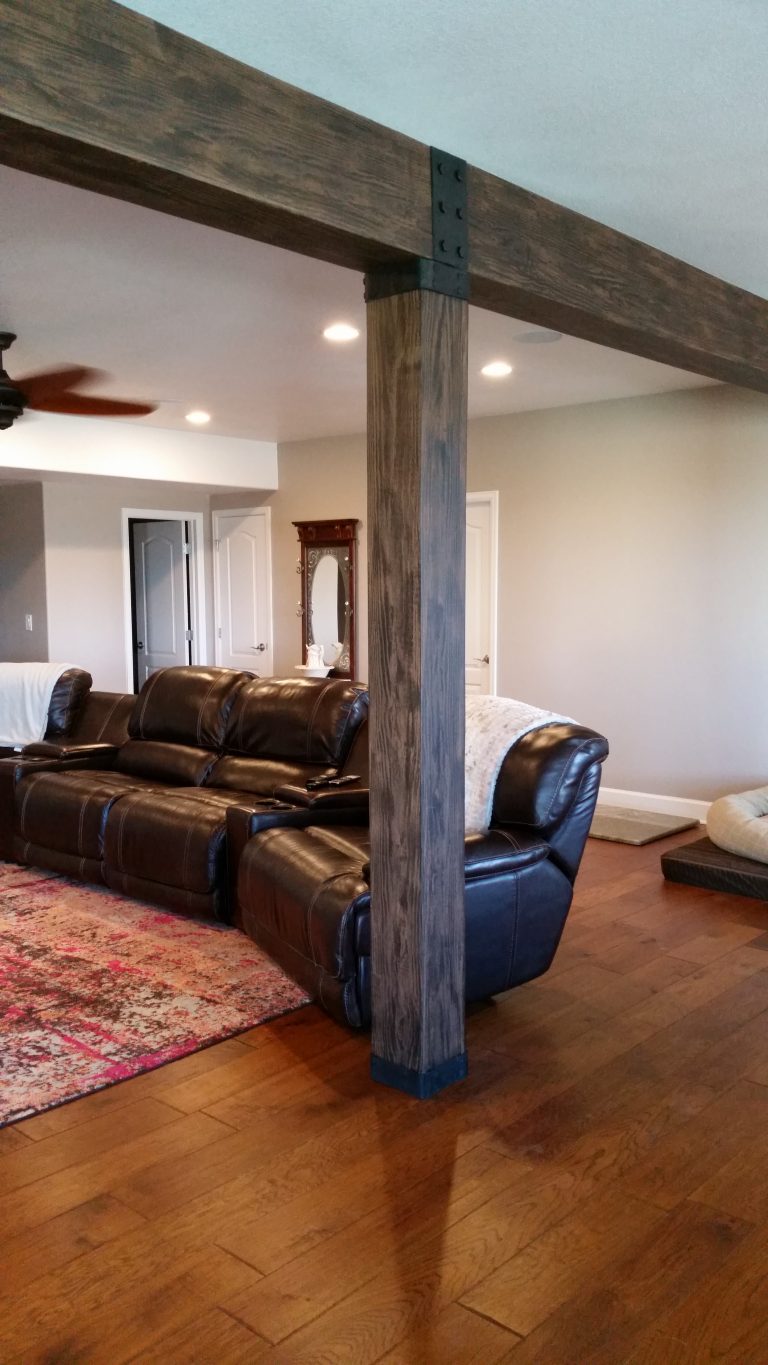 The results speak for themselves. The hardwood floors and matching ceiling fan, along with the look of century-old, beautiful basement support beams that didn’t cost a fortune, make this finished basement appear stylish and chic — and no one would guess that it’s a DIY project!

When Cinnamon emailed us her pictures, she told us how pleased she was with the way her project turned out: “We’ve finally completed our basement. We are very happy with the product and have received so many compliments on how ‘real’ they look!”

Faux Wood Beams customers can easily take on a project like Cinnamon’s with the help of our simple-to-follow faux wood beams installation guide.

Our customer service team is always standing by for help to answer questions on everything from pricing and how to estimate square footage for our products to more specific installation questions like how to secure basement support beams to the ceiling or install rubber straps.

Are you looking to upgrade your basement or any other part of the interior or exterior of your home? See what our Resawn Wood Beams can do for you and start your DIY project today!

PRODUCTS USED IN THIS PROJECT