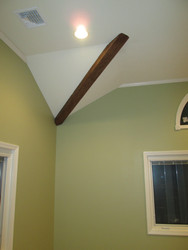 Daniel from Central Jersey, had what most homeowners only dream of - a real structural beam in his North Brunswick home. But unlike the ones in stately homes or barns, it wasn't terribly exciting - a plain, flat beam that had been painted white to match the surrounding drywall. 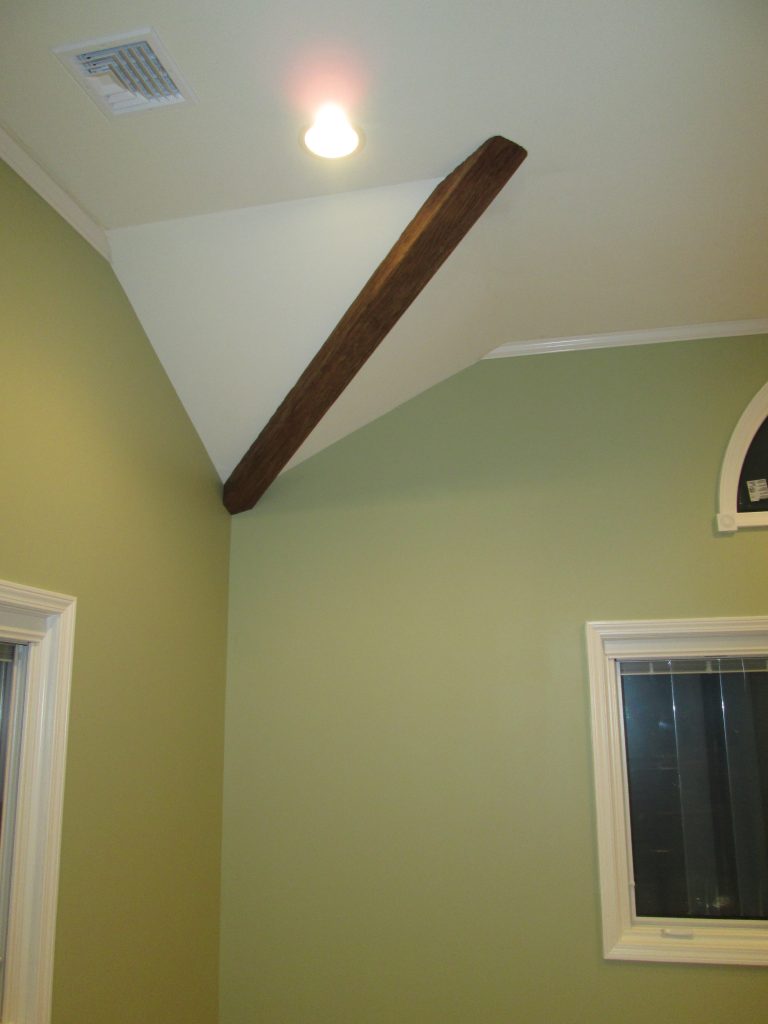 Dan wanted to showcase it - but the raw materials just weren't there to work with. Even if he stripped the paint from the beam, it wasn't exactly the sort of thing people go 'wow' over. It was there to do exactly what timber beams had originally been designed to do - hold the ceiling up!

But that's where one of our beams came into play. 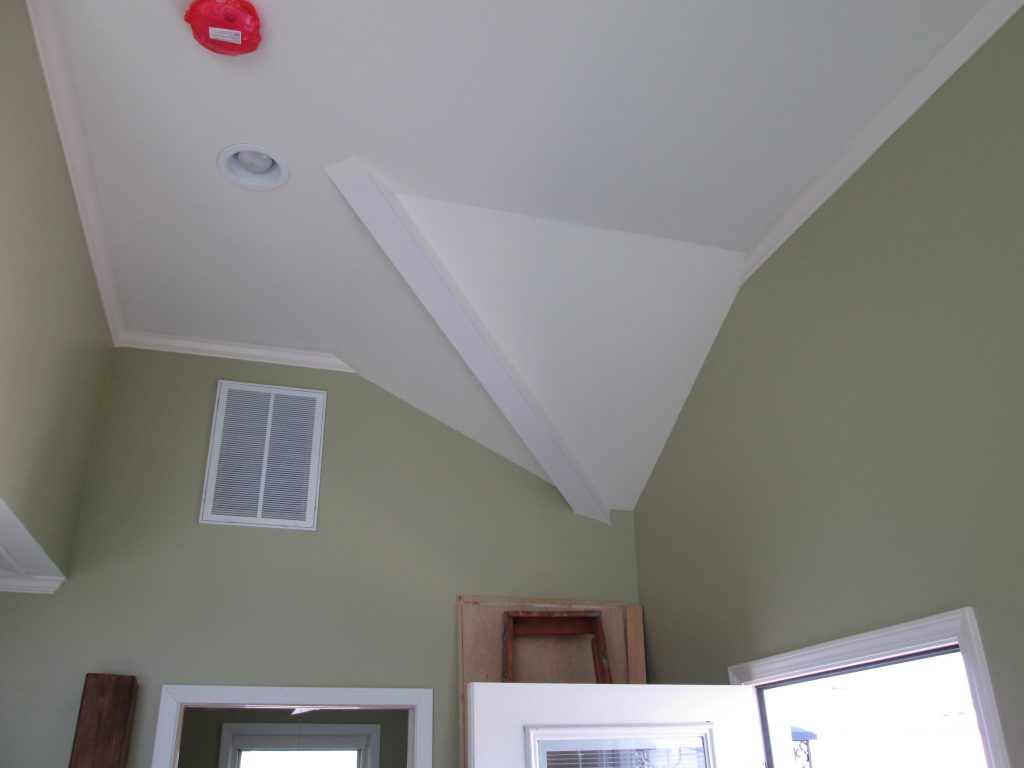 Our synthetic wood products are manufactured from a high density, polyurethane foam and have a hollow, u-shaped center so they can easily be slotted over mounting blocks and installed on the ceiling.

Choosing the Sandblasted style, Daniel found that the 3-sided beam would slot seamlessly over his real beam, easily making it look more distinct without having to do a major structural change. 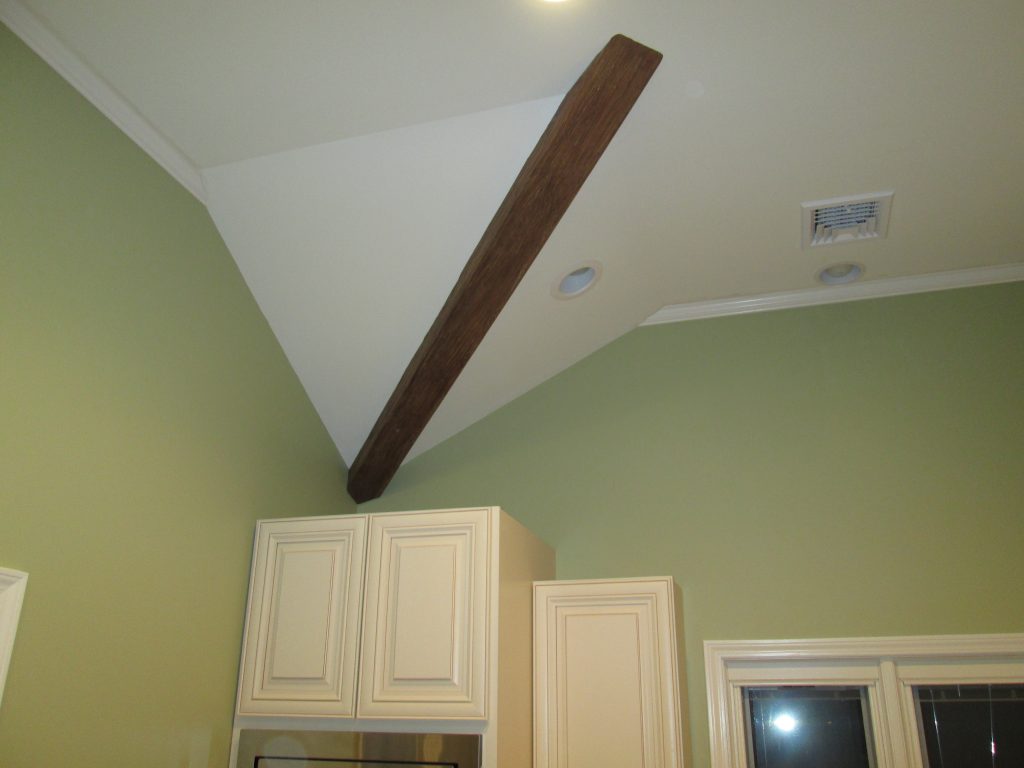 Okay, so the project wasn't quite that simple. Because of the design of the ceiling Dan had to carefully measure the space available and cut a wedge out of either end of the faux beam so it would fit flush with the ceiling. Fortunately you can do that with nothing more sophisticated than a regular wood saw - and Daniel did such a great job that the beam truly appears to extend into the ceiling, like a real supporting beam would.

It's a straightforward project, but it looks fantastic; and finally gives Dan's real beam the rustic look it deserves.