There's something slightly different about this stunning ceiling project.

FauxWoodBeams.com customer Patti Graf recently sent in some photos of her new ceiling design, completed using our Woodland beams. What's different about it? Take a look at the pictures - the beams are actually suspended from the ceiling, instead of flush with it. 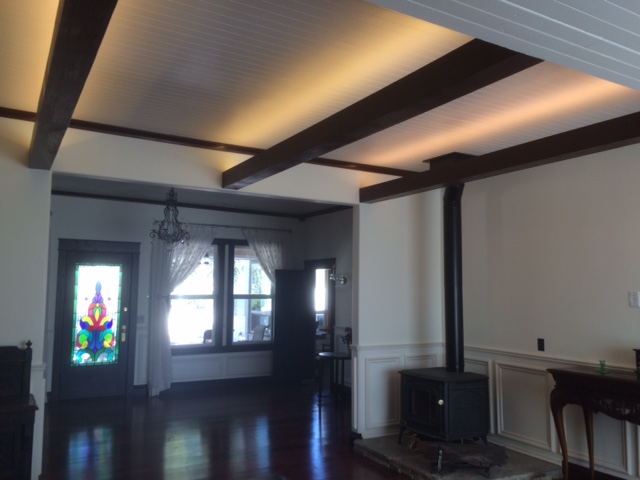 Patti's ceiling beams were suspended - allowing the light from the hidden LEDs to shine upward.

It's a subtle difference, but we love it. Along with the dark wood and white walls, Patti has captured a truly iconic Craftsman look that would be totally at home in a 1910 or 1920s American home. Back then home builders combined practicality with robust, pragmatic style and beams like the ones Patti recreated would be both structural and decorative.

Obviously in this instance, Patti's beams are just for show - they're manufactured from lightweight and durable polyurethane foam. But you wouldn't be able to tell without actually reaching up and touching them. 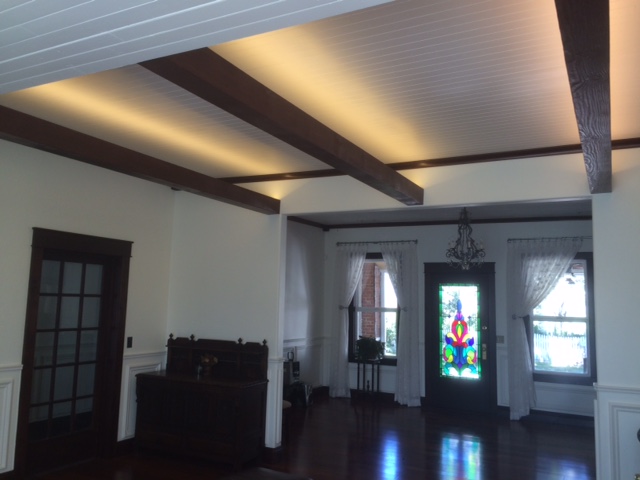 Patti stained the beams herself, to match the rest of the wood in the home.

The challenge for Patti was that real wood beams are, obviously, solid - and have four sides. While we do offer our beams in four-sided sizes, Patti actually bought our typical u-shaped hollow beams and installed them with the open-side facing upward. Anybody not playing for the NBA will never know the difference, as they're suspended overhead.

But that open side wasn't just an afterthought. Patti then installed recessed LED lights inside the hollow space - bathing the ceiling overhead in a warm, rich glow and adding a hidden source of naturally diffused light.

It was such a smart and subtle design element that we were blown away by it. This project really exemplifies everything good design is about. It looks great, is smartly constructed and then has that one additional element - the LED lights - which really puts it over the edge.

And believe it or not, there's more. 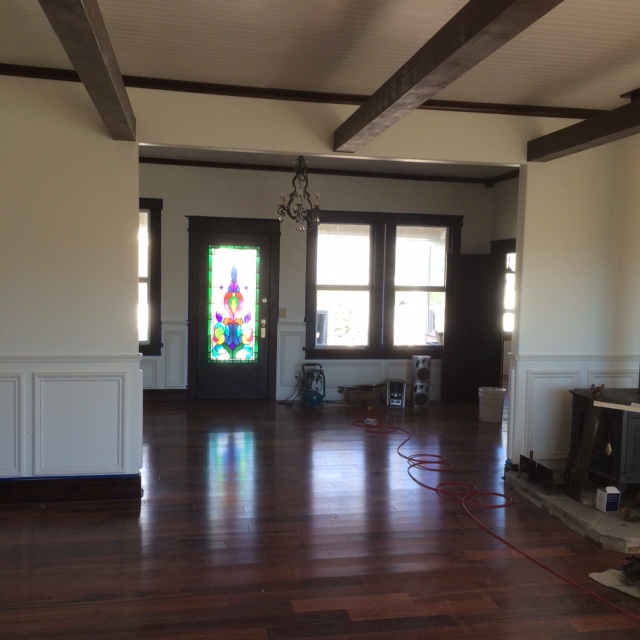 The result is a Craftsman style ceiling that looks totally authentic.

One of the ways in which Patti managed to reinforce the Craftsman style was by ordering the beams unfinished. She then stained them herself to match the rest of the wood in the home. That went a long way to making the beams look like a coherent part of the entire decor; and as much a fixture as the walls, door and ceiling.

We love this project, and would be thrilled to see more drop-down ceiling beams in the future.