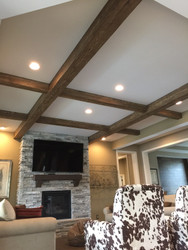 Study real timber architecture if you want your ceiling design to look as good as the real thing.

We thought it was a great opportunity to demonstrate just how realistic our beams are - especially when you put some thought into how to install them prior to breaking out the power drill and wood saw. 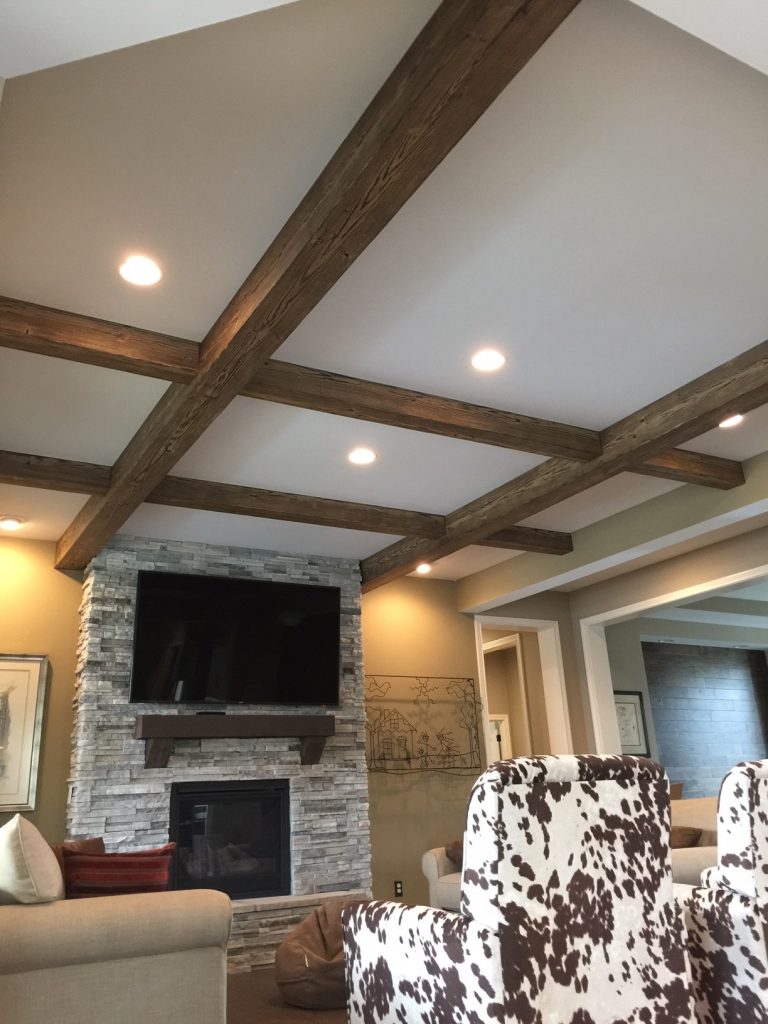 Jon's project was carefully researched prior to installation.

In Jon's case, he wanted to add beams to his living room; and he studied how real timber homes were built to give him some inspiration. The result was a stunningly realistic cross-over, with big beams running across the width of the room, and smaller beams crossing them across the length.

If you study old architecture, you'll see this is how the ceilings of real old homes were made; with load-bearing beams crossing the width of the house and providing structural support, and the smaller beams running across the length of the room. They were to support the floorboards above, rather than the ceiling itself. 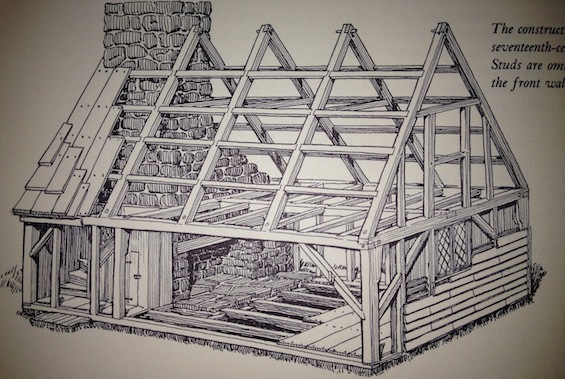 This old book offers a glimpse into how real beams would have been used to support a ceiling.

Jon cut the smaller beams to size with a regular wood saw, and when he installed them he ran them flush with the thicker, wider beams. The width offset looks like the smaller beams are notched into the bigger ones; exactly as a real carpenter would have done two centuries ago.

It's simple and easy enough for any competent home carpenter to do; but the added thought makes the entire project really hang together; and look incredibly realistic.

So we strongly recommend looking at the design of your room in relation to your house before you add faux beams. Don't just install them where you think they'd look cool. Take a moment to figure out how real beams would have been used in a home like yours and try to mirror that.

It's a simple step, but makes all the difference - and really makes faux beams indistinguishable from the real thing.