We recently received these photos from a homeowner who renovated their open-plan kitchen and living room. Part of this remodel included wrapping the ceiling’s structural support with rustic wood style — using Custom Rough Hewn Beams.

We’re excited to feature this product because it shows how our faux products can be used in conjunction with structural materials – providing a level of versatility to interior design that goes far further than what can be achieved by using solid wood materials.

As you can see from the ‘before’ picture, the homeowner completely demolished and rebuilt their open-plan living room and kitchen. This included adding an entire new ceiling to the room; made from drywall that met and was supported by a structural wood beam that spanned the entire length of the room.

The challenge was that the supporting beam was made from drab, unattractive building materials – but was essential to the ceiling staying up. The homeowners had to figure out a way to make the support look nice, while not compromising on its purpose. 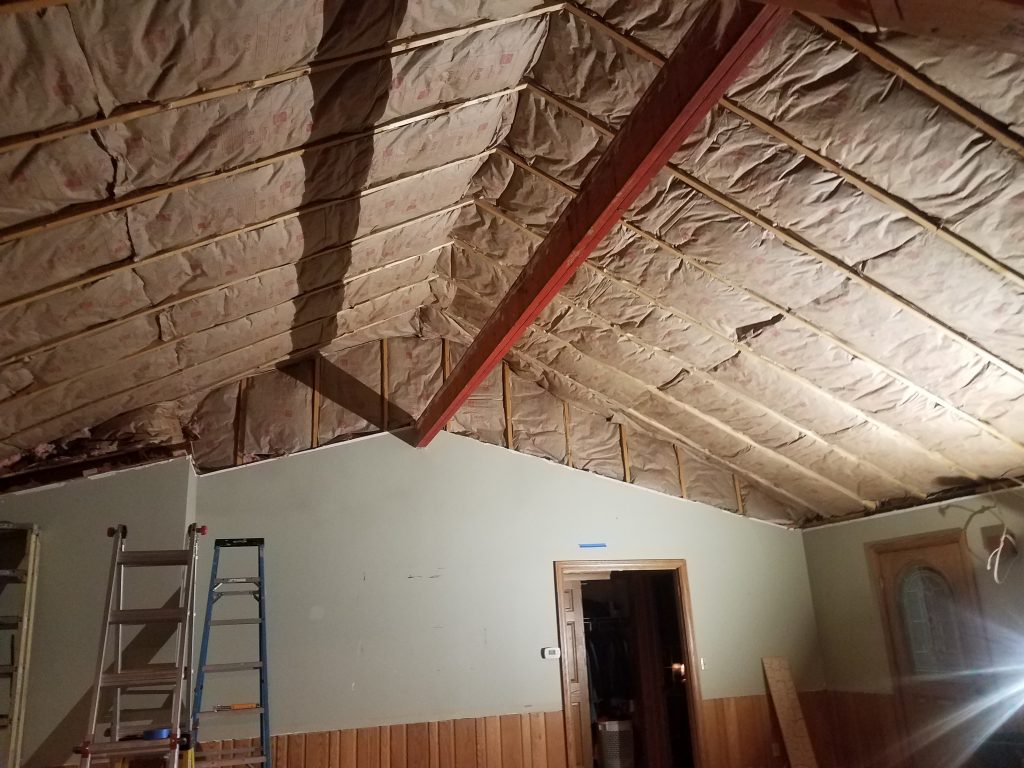 The solution was found on FauxWoodBeams.com. The homeowners saw our Custom Rough Hewn Beams and realized that they were the perfect solution to this problem, because the beams are hollow and u-shaped and could simply slot over the existing structural beam to disguise it completely.

The customers ordered the beams in the Unfinished option and stained them themselves, to make sure the wood color matched all of the existing wood they’d planned to use in their remodel. They also ordered our accessory beam straps, which they used to cover the seams in the lengths of beam that stretched across the ceiling.

The beams were added during the final stages of the remodel, when the sheetrock had already been installed on the ceiling above. They were measured and cut to fit flush with either end of the structural support, and then secured with screws. The edges of the beam fit against the ceiling for a completely seamless appearance; and an eyesore was beautifully transformed into what appeared to be a solid, exposed timber beam. 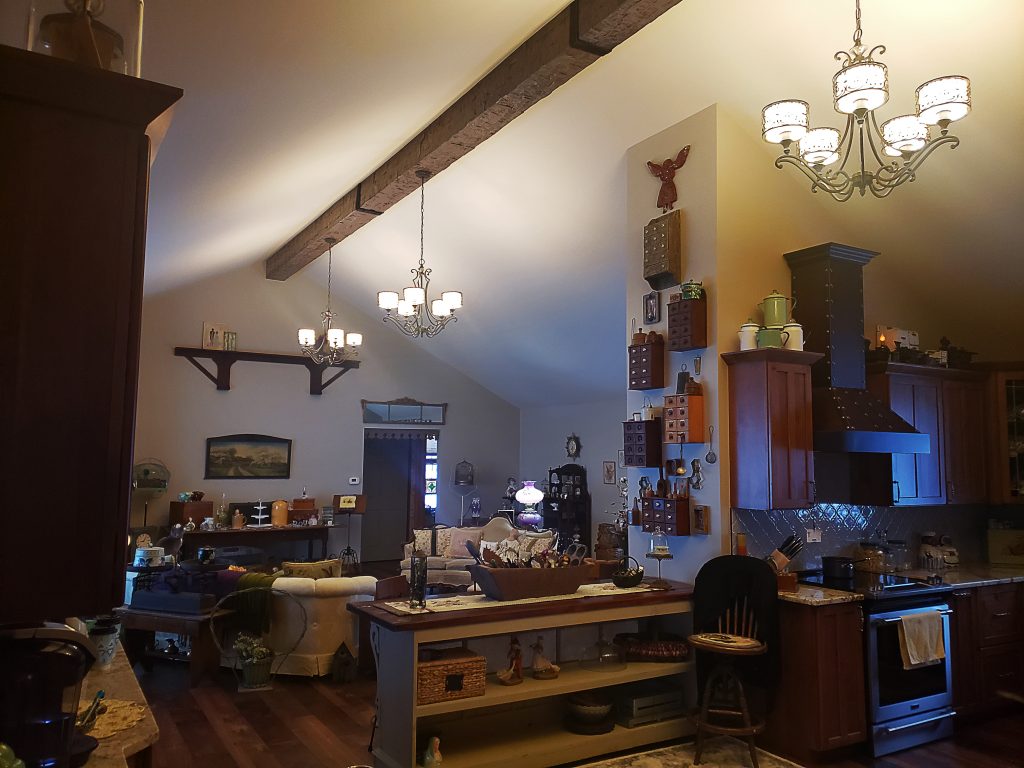 It’s a project that’s theoretically very simple and straightforward – but as you can see from the ‘before’ picture, actually features a little more thought and planning than most. The faux beams the homeowners installed are as practical as they are aesthetic; and provided a solution to their design problem that using real timber wouldn’t have been able to.