There's a theory in design that the best improvements are the ones people don't even notice -- that they fit so seamlessly into the look of a home's interior or exterior that it's strange to think of the house without them. Steve's lakeside project is a great example of that theory put into practice. 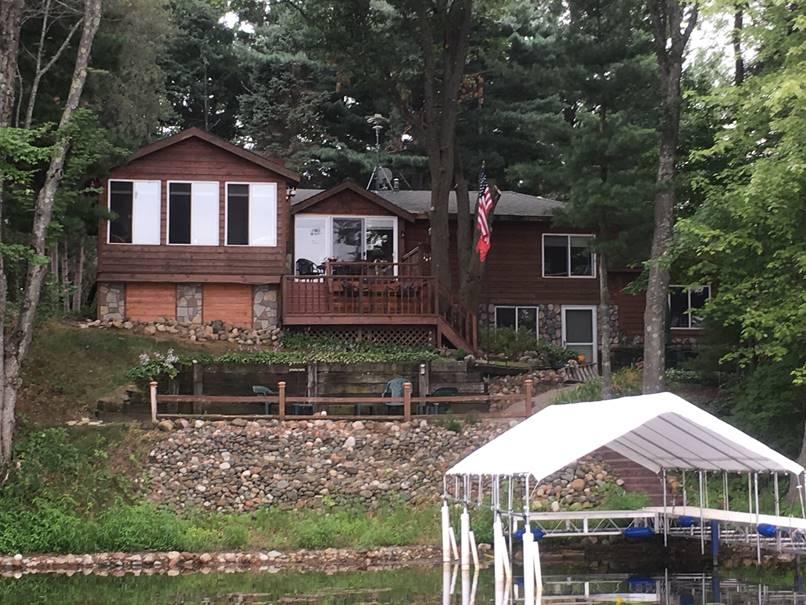 In the BEFORE pictures you can see the beautiful canvas that Steve was lucky enough to work with. His home incorporates a lot of real wood and stone in the aesthetic. The features I especially like are the river rock wall at the bottom, which supports an outdoor entertaining area built out of the river banks with huge railroad sleepers.

You can also see on the right-hand side of the home how real stone was used to build the foundation level - framing the windows and door leading out to the rear of the home.

BEFORE: The original lattice didn't suit the style of the home

All this, however, highlighted how the home itself was elevated and the deck level and top floor were built on top of a large, exposed underside. The space beneath the home was hidden by a lattice and anything covered with a crisscross of open wood can't really be described as 'hidden.' One look at the home and most people would agree it looked like it should be supported by the same stone foundation as the right-hand part of the building.

But while it looked like it should be built on stone - the house wasn't - and it's not like Steve was able to simply pick it up and build a foundation underneath. But, fortunately, he found BarronDesigns.com and realized he didn't have to. 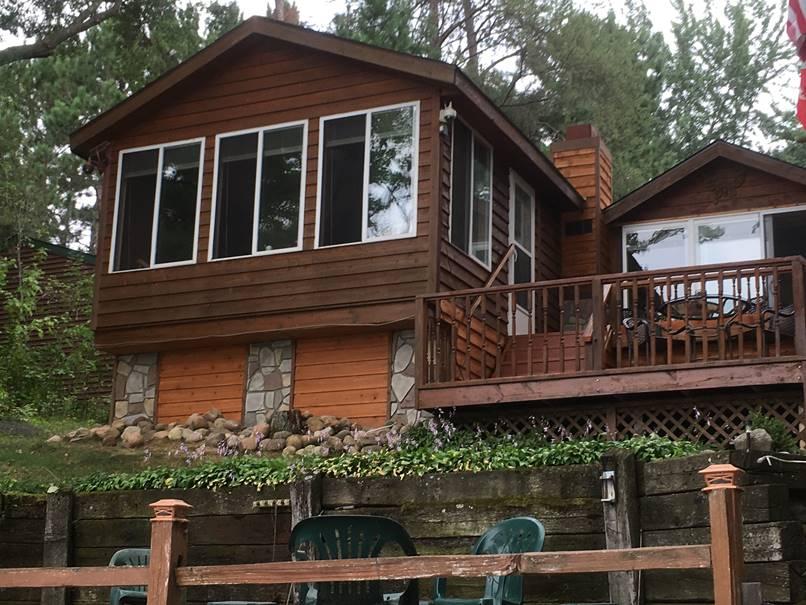 AFTER: The siding adds the realistic impression of a real fieldstone foundation.

He ordered Carlton Fieldstone panels in the Summer Tan color, paired them with stained wood planks and built a covering to replace the original lattice that perfectly resembled real stone pillars.

In a practical sense, the project was fairly straightforward. Steve built the framework in the same size and shape as the original lattice. Our panels were then trimmed to size with regular woodworking tools and glued straight on to the frame with construction adhesive. The clever part - which makes the design work so well - is how Steve measured and plotted out which sections would be faux stone, and which would be wood, so when the panels were installed where the lattice used to be, they actually looked like a solid part of the foundation.

And Steve succeeded. Now, at a glance, it appears like the home is supported by sturdy stone pillars built from a similar material to the real stone structure on the right side of the house. 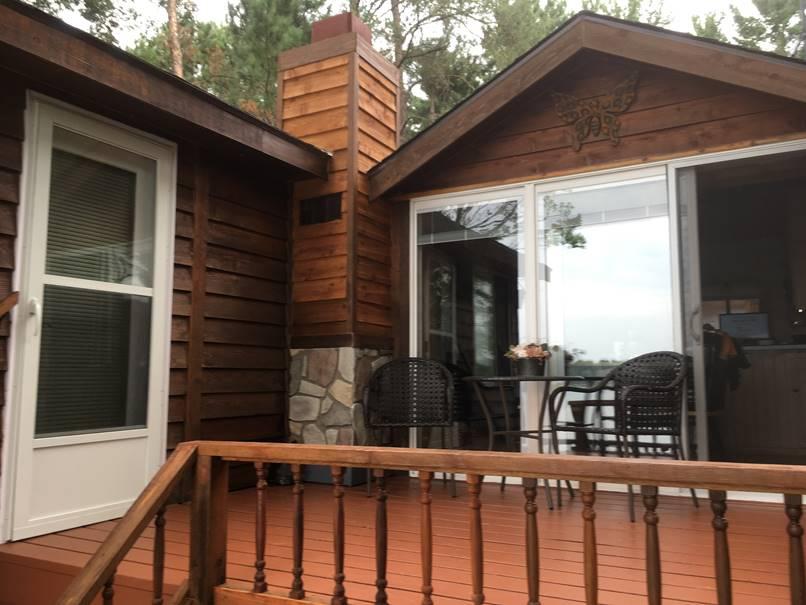 The final detail was adding a few panels to the bottom of the chimney stack.

Steve completed the project by also adding panels to the chimney stack, which reinforced the illusion that the house was built on a stone foundation. Again, it's a subtle little tweak that delivers powerful results. In fact, Steve was so impressed he's already planning more faux stone additions:

"Next project will be adding panels to replace the lattice under the lower deck and on the driveway side of the house panels on the garage front and the kitchen chimney stack."

Hopefully he'll send us pictures of those improvements as well!