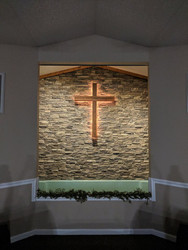 There are nearly half a million churches in the United States, some dating back to the 1600s. The majority, however, were constructed much more recently - and exhibit some of the most innovative and creative architecture from the periods in which they were built. 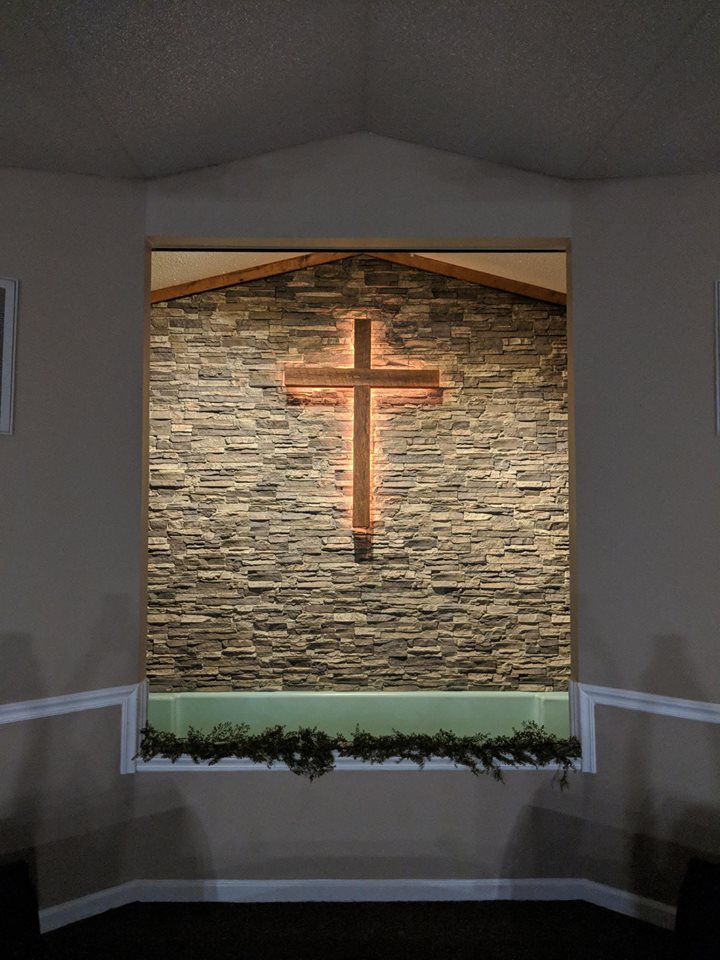 One of the struggles churches face is to remain contemporary without sacrificing their heritage, and that's a recent challenge faced the the Nall Memorial Baptist Church in Graham, North Carolina. Originally founded in 1977, the current building was constructed in 1984 and a beautiful example of 1980s architecture with a red brick facade and gleaming white spire. 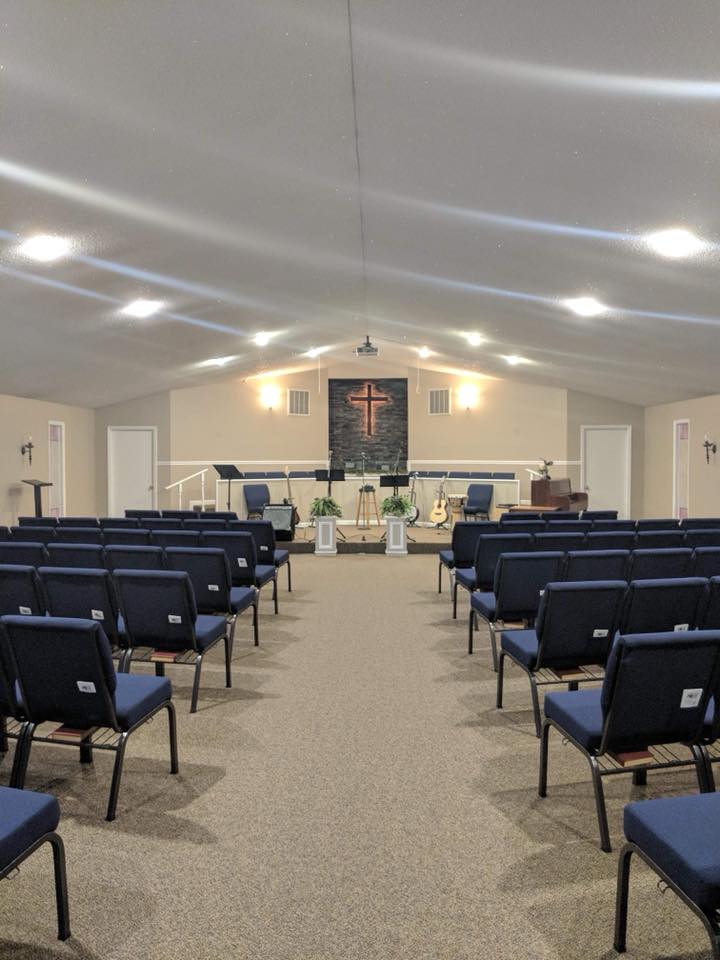 But over the years, wear and tear had taken its inevitable toll on the interior of the church. Pastor Wade Cox authorized a renovation that saw a lighter and brighter color scheme and a more contemporary design. One element that was given special attention was the sanctuary, the area at the head of the church where the choir sits and where Pastor Cox leads his services. While so much of the church was light, bright and welcoming, it seemed important to add something that represented the two-thousand year heritage of Christianity, and a stone wall was a very popular idea. Stone walls are often used as metaphors for Christianity and churches themselves; as each member of a congregation represents a brick in the wall, and the whole can't exist without its individual foundational elements. 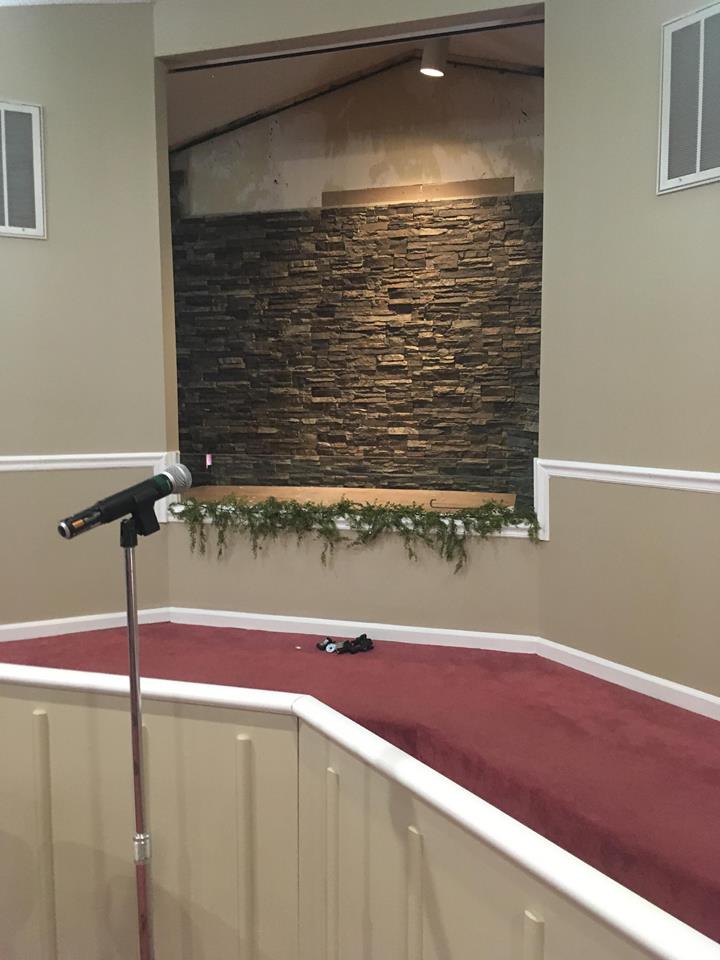 Here you can see the panels being attached to the wall beneath.

But there were many reasons why using real stone wouldn't have been practical, not least of which was the desire to mount an illuminated cross to the wall. To use real stone or brick would have been expensive and time-consuming. This is why the renovation team was excited to discover fauxpanels.com. Our Norwich panels delivered the specific 'look' that the team was hoping to find, and in a format that was infinitely easier and more affordable than using real stone would have been.

The installation couldn't have been more straightforward. Panels were ordered to fill the alcove at back of the sanctuary, and then trimmed to size using regular woodworking tools. The panels were then installed directly to the wall using construction adhesive and screws, and within a day the stone facade was securely in place. 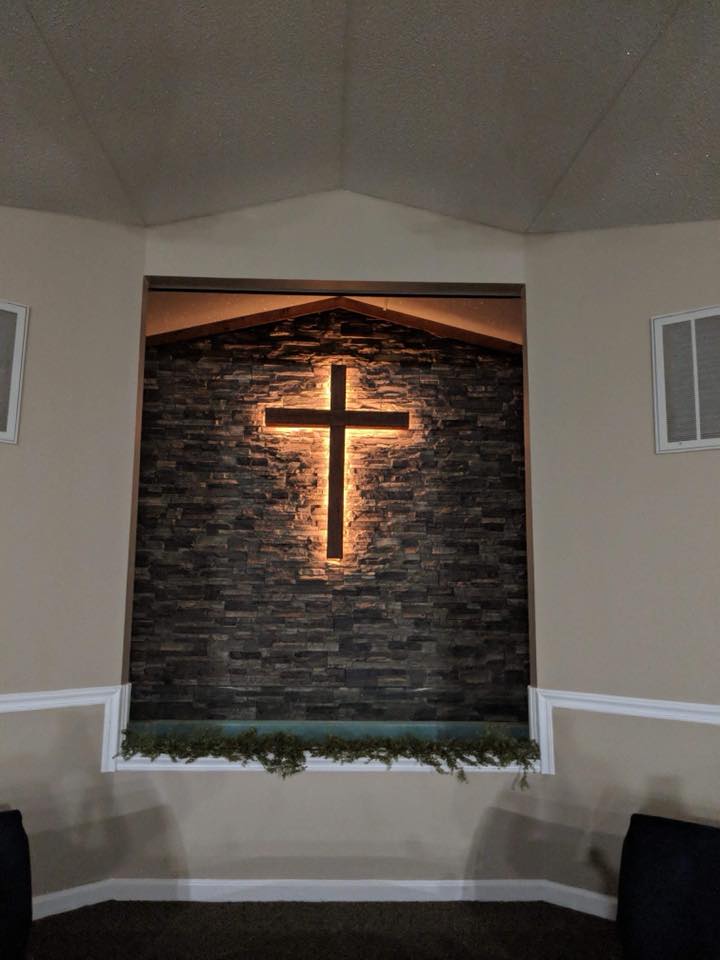 An illuminated cross was installed directly over the panels, secured to the structural wall beneath with screws.

The only additional step was to drill holes directly through the panels into the studwork beneath, to secure the illuminated cross to the wall. The benefit of using faux panels was that the wiring to power the LED lights could be concealed beneath the panels and then securely and discretely passed through - meaning there were no exposed wires or cables.

The best part about the panels is that they're vividly realistic - so much so that while the renovation team knows the wall is faux, it's doubtful any members of the congregation do. Short of walking up and actually touching them, you wouldn't know they're not made from real stone; and that makes the end result all the more impressive.