New Mexico is an American contradiction. The heart of the Old West, it simultaneously enjoys a rich and vivid history, while still remaining largely unspoiled and undeveloped. That's why this historic state has so many new homes and constructions going up. 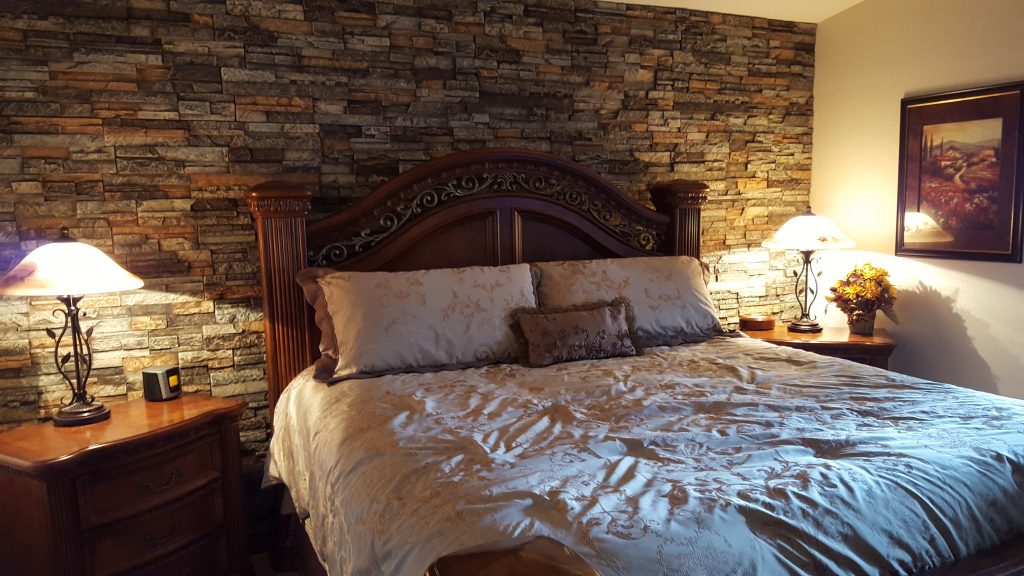 This accent wall in the master bedroom looks right at home in the American southwest.

For a couple living in Albuquerque, the contrast between historic and modern style offered an opportunity; so they went out of their way to combine the two in their large and spacious bedroom.

Despite their home's modern decor, the homeowners chose to add an old-fashioned touch by adding a stone-look accent wall in their bedroom. They used Wellington Dry Stack panels to completely cover the headboard wall; and the result is fantastic. 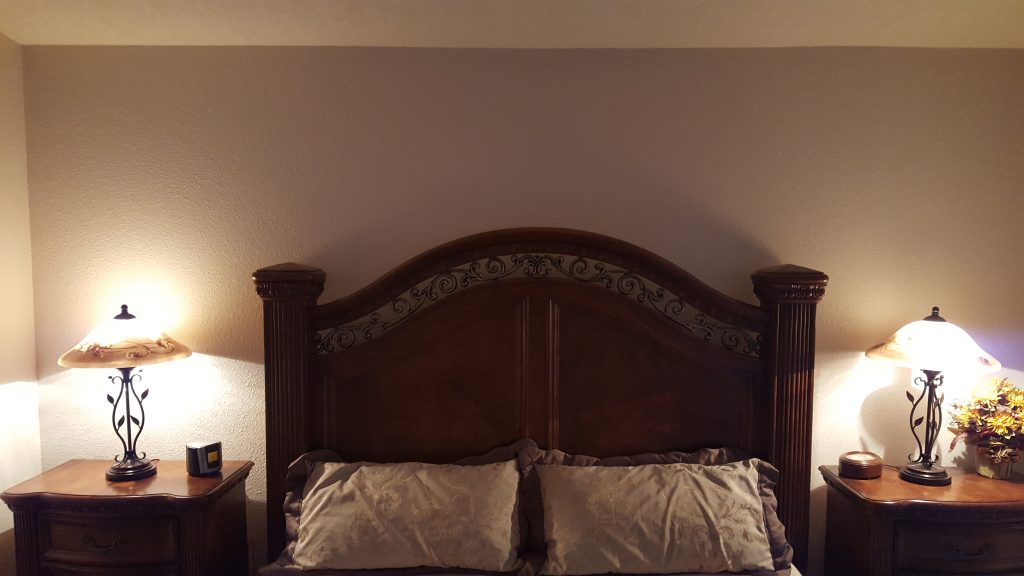 BEFORE: The plain wall lacked character.

The wall features the texture of real dry stacked stone; all painstakingly finished in realistic colors. It's beautifully timeless - the sort of thing you'd expect to find in a sexy luxury hotel room; not a home in New Mexico.

But despite its realistic look, the panels are molded entirely in high-density polyurethane foam. This material costs a fraction of what real stone would, and is much easier to install. 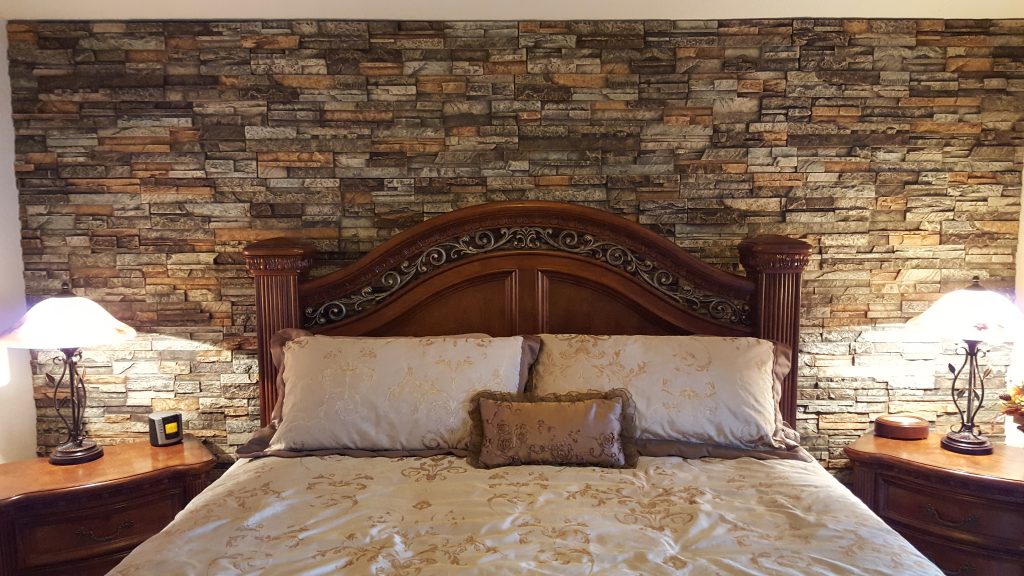 The panels attached directly to the drywall beneath.

In fact, the panels installed directly onto the existing drywall with construction adhesive and screws; so the entire wall was finished in just a few hours.

You can see for yourself what a dramatic difference the accent wall made - it looks like it came right out of the Old West, and perfect for a home in the middle of what used to be the American frontier.