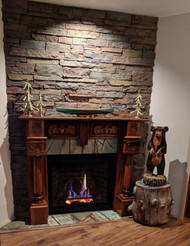 It is worth pointing out that not all faux products are created equal. This corner fireplace surround project is a great example.

Erik Feagans recently sent in some fantastic photos of his newly resurfaced fireplace -- and we're thrilled to see how great it turned out! But one of the most interesting things about the project is that the final look was from the second try after a faux pas in the first attempt, illustrating there's no substitute for our panels.

In the BEFORE picture, you can see Erik framing out a corner fireplace for his wood-burning stove. He used classic framing techniques to build a structure that housed the stove and the ducting, and then planned to cover that with panels seen here:

The second photo very clearly demonstrates the problem. The panels just looked...bad. The coloring was off, the texture was wrong, and it was obvious at a glance that the surround looked really fake. Erik wasn't satisfied with that.

So, he reached out to us and we talked him through the alternative options available. In the end, he decided to replace the first set of panels with our Norwich Stone Wall panels in Earth color. Their realistic texture is perfectly captured using an innovative injection molding process that recreates every detail in incredible three-dimension. 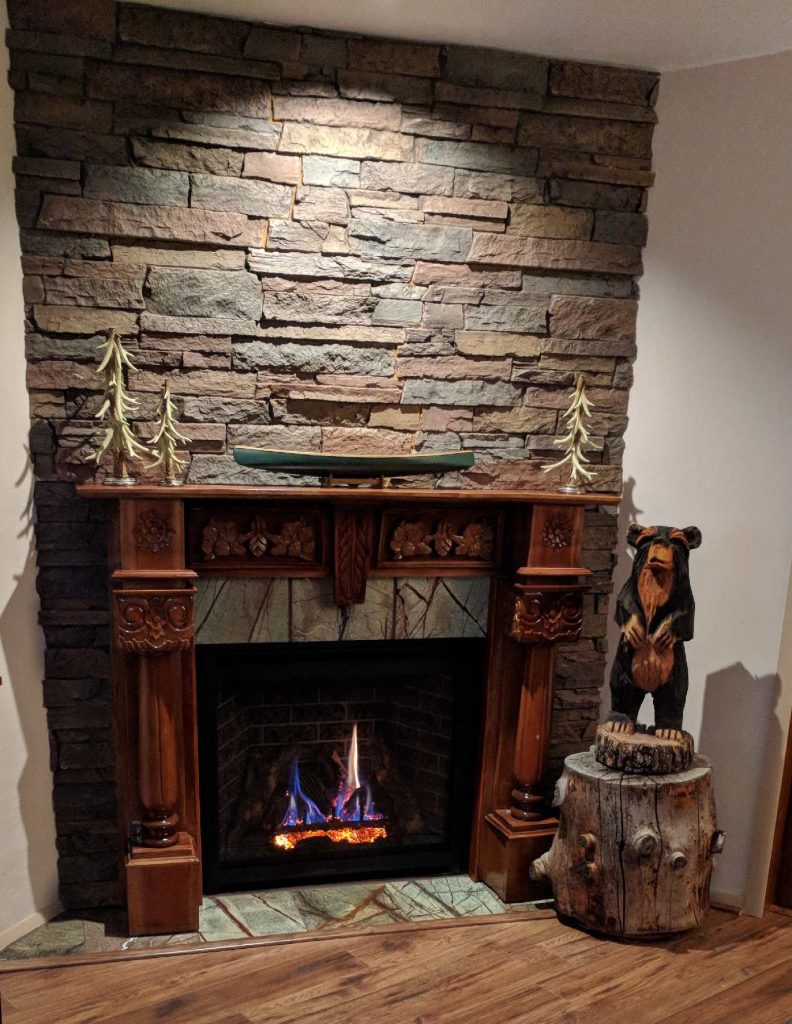 AFTER: Erik's corner fireplace looks great against the hardwood flooring and decorated with rustic accessories.

The panels installed directly onto Erik's original framing, and the after picture demonstrates the difference. After pairing the panels with a beautiful carved mantel and rustic accessories, the end result looks much improved - a world away from the panels he had installed previously.

We think this project is fantastic by its own merits - it's a textbook example of how to surface a fireplace right.  But it also demonstrates that there's no substitute for quality; and if you want the look of real stone or brick in your home - there's only one name you can trust.