Last month we wrote about the classic elegance of white brick as a design option. In keeping with that topic, here are some photos we recently received of a basement fireplace project from FauxPanels.com customer Joe Zitoli -- demonstrating what a huge difference faux white brick can make.

Joe's fireplace makeover reinforces how classic elegance and clean aesthetics combine when you use brick panels with a crisp, white finish. 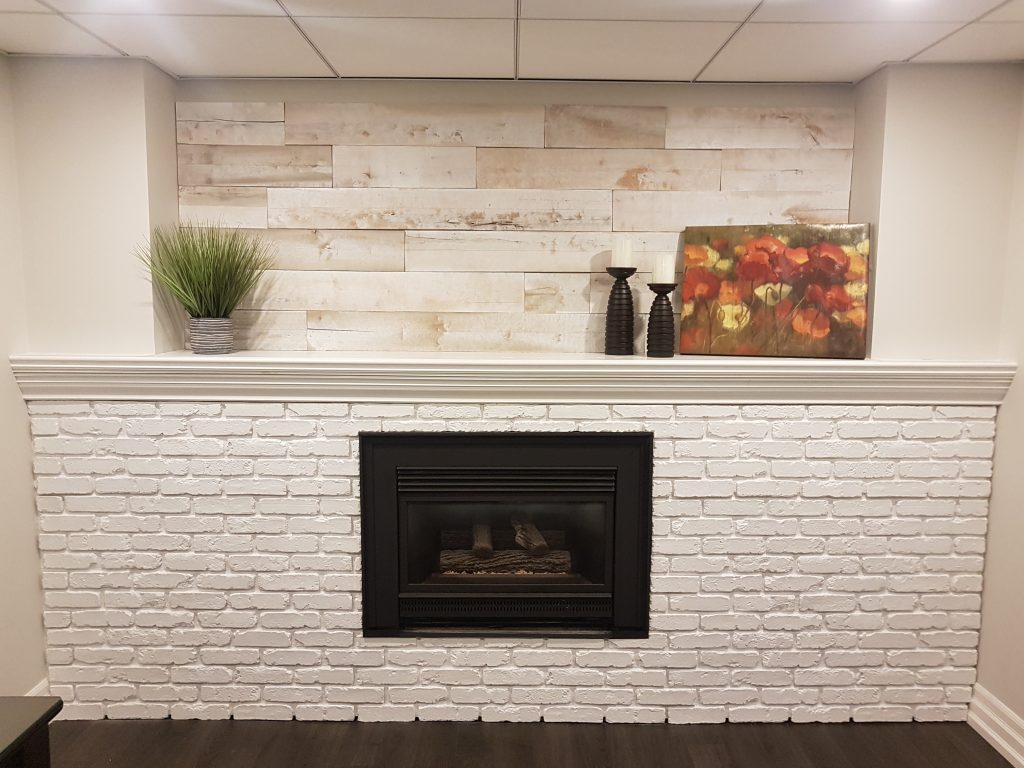 Joe wanted to do something to add some character and charm to his finished basement. Basements are always a notoriously difficult space to decorate appropriately, as the lack of natural light, intrusive design features like columns and the low (often suspended) ceiling limit the number of options available.

The highlight of his basement is a fireplace inserted into the far wall - and Joe saw it as an opportunity to transform the living space. He envisioned added a classic brick front to the fireplace, pairing it with a nice bit of molding and a reclaimed wood accent wall in the nook behind.

But in addition to being expensive and impractical to install, the problem with using traditional red brick was that it simply did not work in the space available. It was too dark, and would make the low-ceilinged basement oppressive. Fortunately, there are plenty of examples of how to tackle that problem within the pages of modern design magazines and shows on HGTV and the DIY Network, and it was from them that Joe had the inspiration to install white brick. 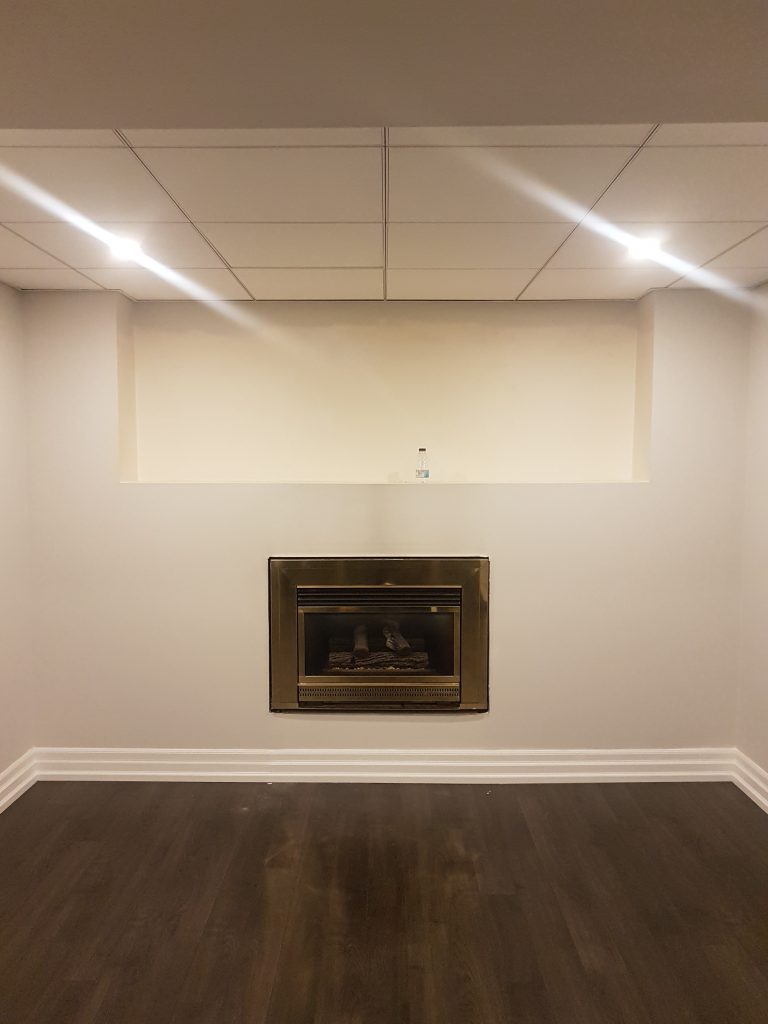 In addition to maintaining the light color scheme, white brick was a common mid-century design aesthetic, so it promised to make Joe's fireplace look original to the house and even more realistic.

Having reached that decision, Joe found the finish he wanted on our website. He ordered Regency Old Chicago Brick panels in the Glacier finish - which is a purer white in contrast to the off-white Caramel or darker Mixed Twilight finish.

Installation was fairly simple. The panels can be installed directly onto the existing drywall with construction adhesive and screws, and in this case the only challenges were cutting the panels to fit around the installed fireplace, and to end them level with the shelf of the built-in nook.

Joe finished the project by adding molding along the top, which could be screwed right through the polyurethane panels into the studs beneath - and in a matter of hours the basement was transformed. The additional details, like the reclaimed wood accent will in the nook itself, just reinforced the realism of the panels, and completed the final look. Joe's basement went from bland and boring to something you might expect to find in the pages of Better Homes and Gardens.

Ultimately it wasn't the most expansive or ambitious of panel makeovers - but the best-looking ones rarely are. Joe's fireplace was elegant in it's simplicity - and the fact that our panels are available with a fire-rated option just adds another reason why they were so perfect for this project.