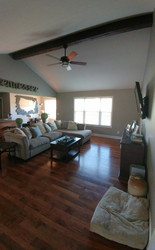 Trevor Castaneda recently sent these pictures of his family room makeover - transforming the space with a simple addition of one single beam on the apex ceiling.

The family room was almost perfect with a big comfy couch, tasteful end tables and beautiful hardwood floors. But Trevor felt it was still missing a certain... something. The room's white apex ceiling was high, but lacked a little character. 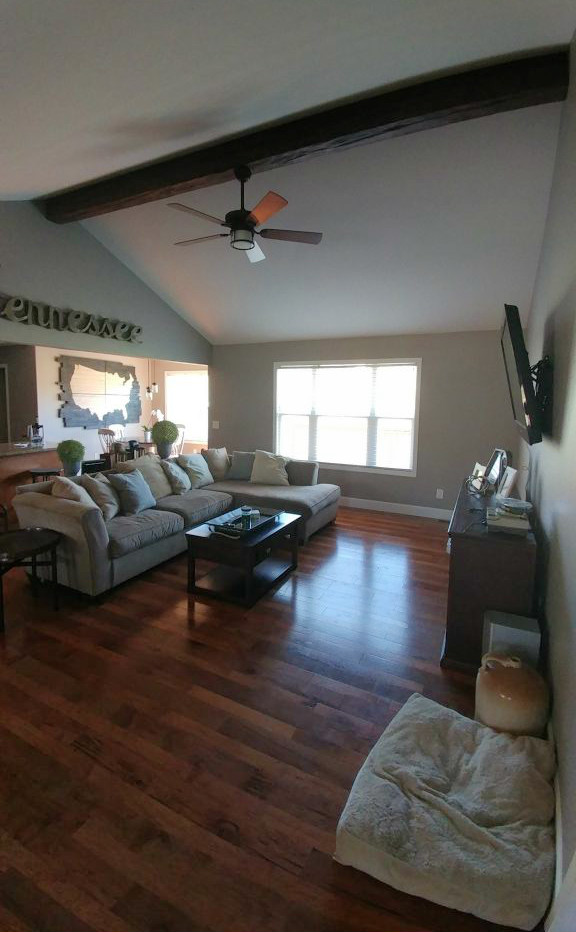 That's why he turned to FauxWoodBeams.com and chose a Custom Timber Beam in the Rich Walnut finish.

Trevor's plan was to run the beam right across the center of the ceiling where it peaks. This would simulate the look of a real structural beam exposed to the room below. 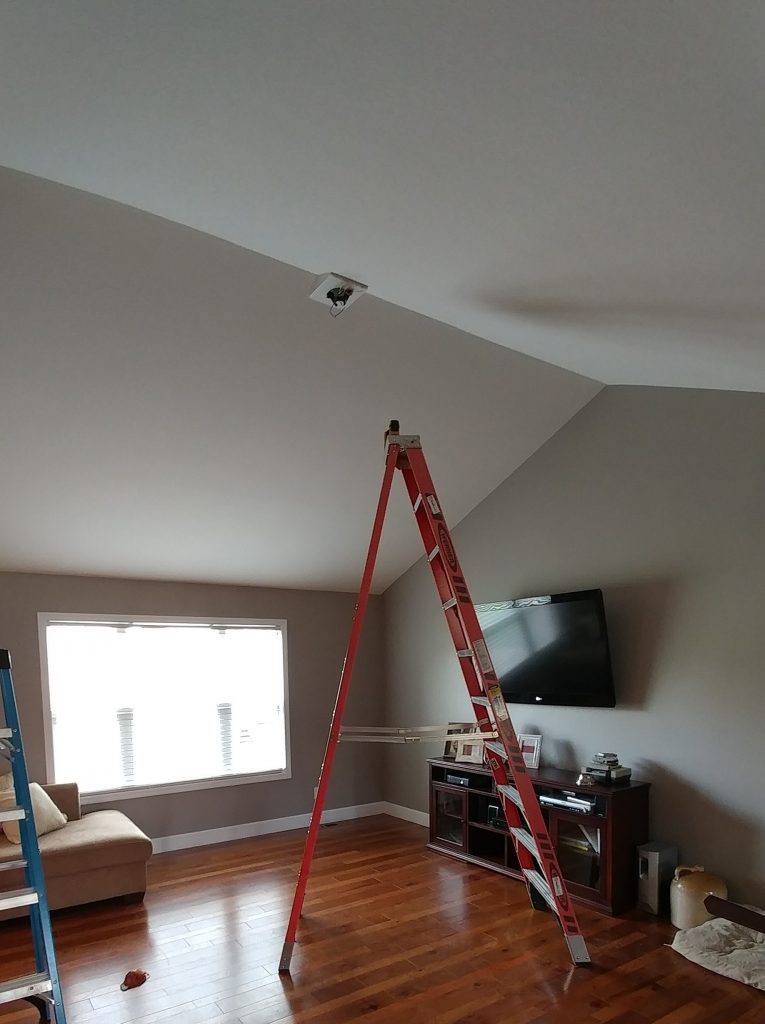 The photos demonstrate the beam's straightforward installation. After cutting the beam to size with a regular wood saw, Trevor got up on a ladder and installed wooden mounting blocks at strategic points across the length of the ceiling. The hollow u-shaped beam then slotted neatly over those mounting blocks and secured with regular screws. 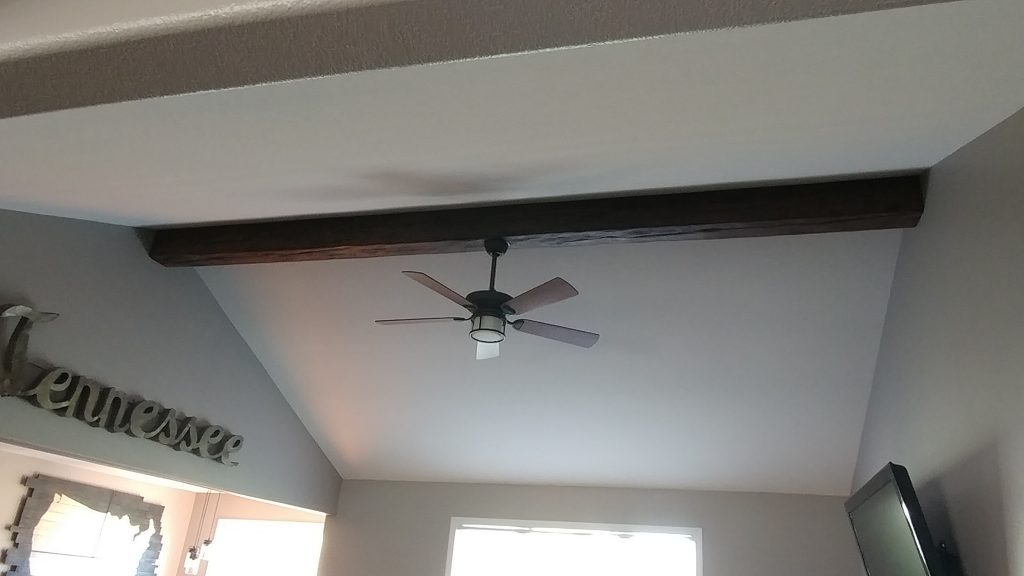 Trevor easily drilled a circle with a hole saw to accommodate the existing ceiling fan.

It's a straightforward process, and our beam fitted flush with the ceiling for a seamless look. However, there was one curve ball to Trevor's project - an existing ceiling fan smack dab in the center of the room.

This is where the versatility of a faux beam really comes into its own. Because the beams are hollow, and made from lightweight polyurethane, Trevor was able to easily drill a circle with a hole saw for the fan to fit through. The fan itself was suspended from the actual ceiling, not the beam, but once the covering was attached it appeared like the fan was hanging from the beam itself. 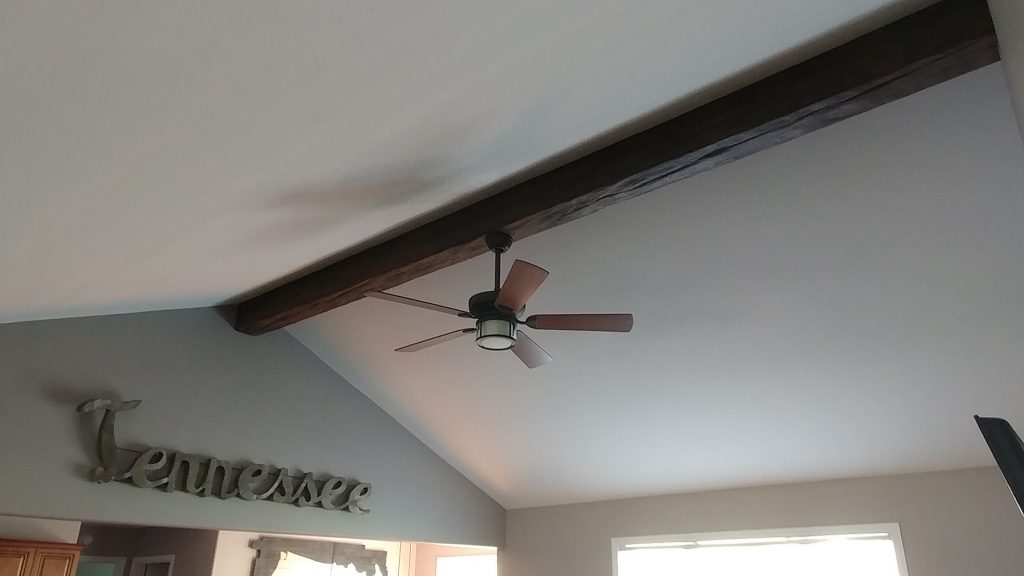 Fitting flush with the ceiling, and with the fan seamlessly installed, the beam looks like a genuine structural beam.

It's a subtle detail, but one that really makes the whole project look authentic - and Trevor couldn't be happier. In his email he admits: "I absolutely love the new beam and how it completely changes the look and feel of the room itself."

We think this simple, straightforward project pays big dividends in the way the room looks and feels. But what do you think? Let us know in the comments section below.