When our customer, Bobby from Cleveland, OH, took up the project of building a playhouse for his children, his wife was planning to start a pre-school in their home.  He imagined that having a place in his house aside from the classroom area where kids could learn life skills and spend quiet time reading would be an important element of the school. 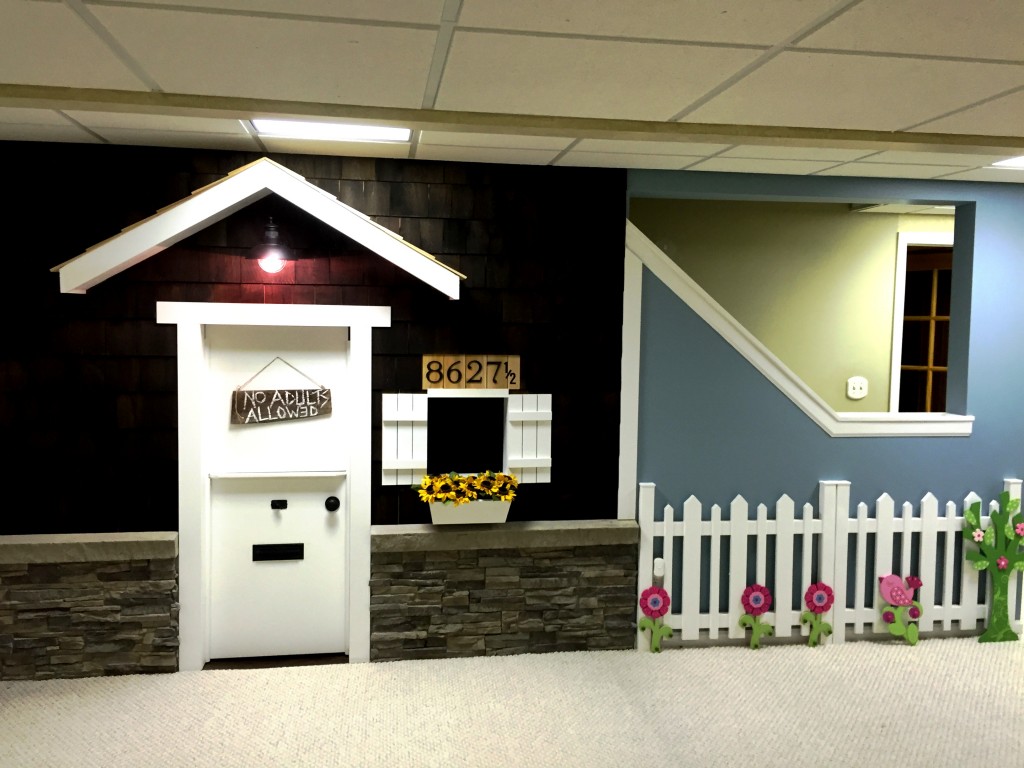 Inspired by the house he grew up in, he said he wanted his house to be the fun house in the neighborhood, where his kids would want to take their friends to play.  “My dad built a playhouse for my sisters and me outside when we were younger and we loved it,” he told us. 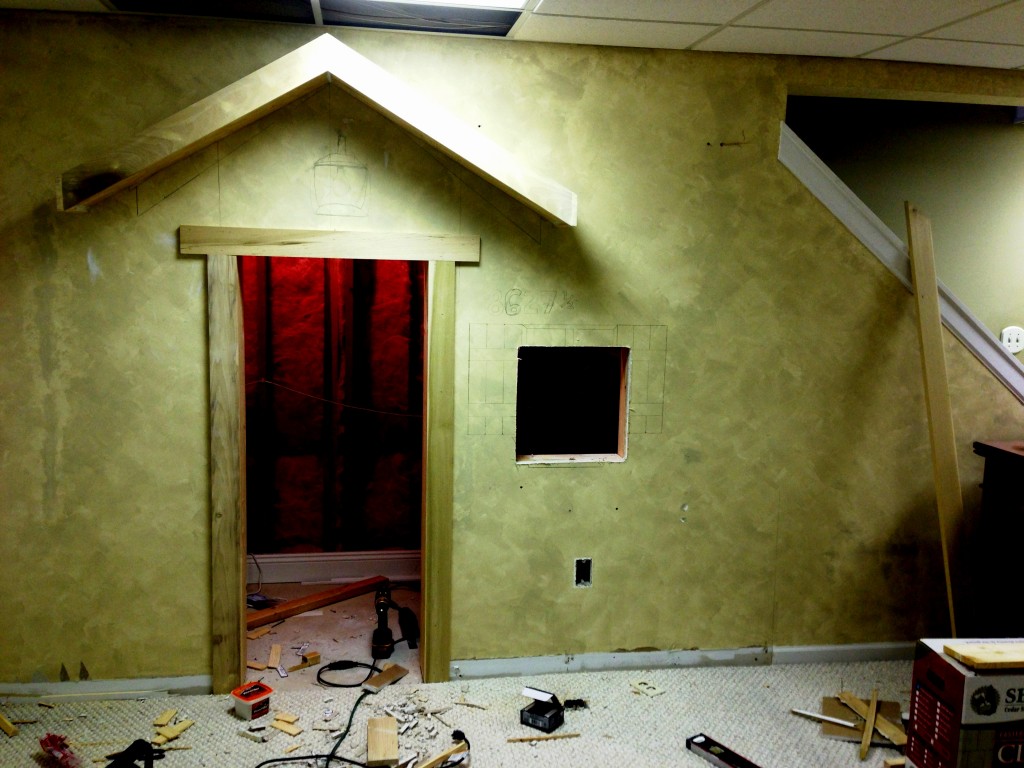 The playhouse before its faux stone facelift

“Consequently,” he said, “I started doing some research online and saw some things I liked and started drawing on the wall downstairs to see how it might look.  Having used faux panels in our master bedroom before and wanting to make the house look as realistic as possible, in addition to safer and less expensive than real stacked stone, I went right to your website to start looking for panels and a ledger to match.”

After building the house, Bobby said the panels didn’t take long to install at all.  He went with our Regency Stacked Stone Panels. 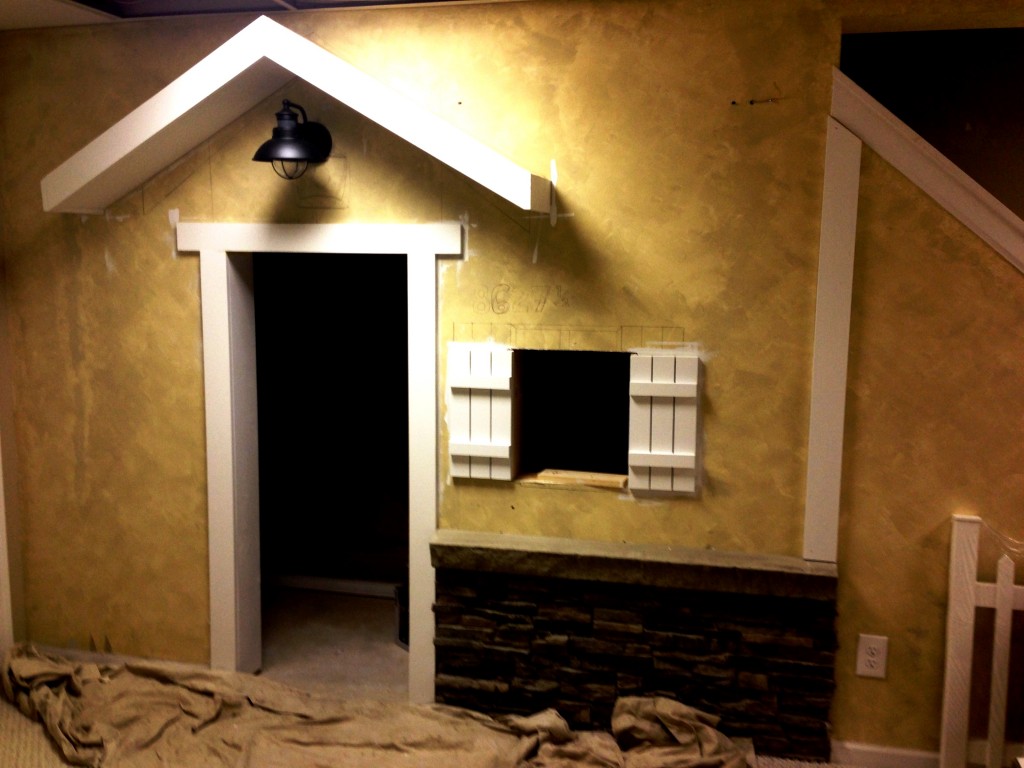 Imitation stacked stone panels were easy for Bobby to install on the playhouse.

“All in all with the measuring, leveling and cutting, it took about two hours to put them on along with the ledger as I did the mitered the panel edges three times…  Once on the right side of the left panel by the door frame and on both sides of the right panel to have a cleaner look since the stone sticks out further than the casing.”

He said that “general installation is easy for any skill level and typically nobody knows it’s not real stone, so you get the real stone look with less of an installation headache and less of a strain on the budget.” 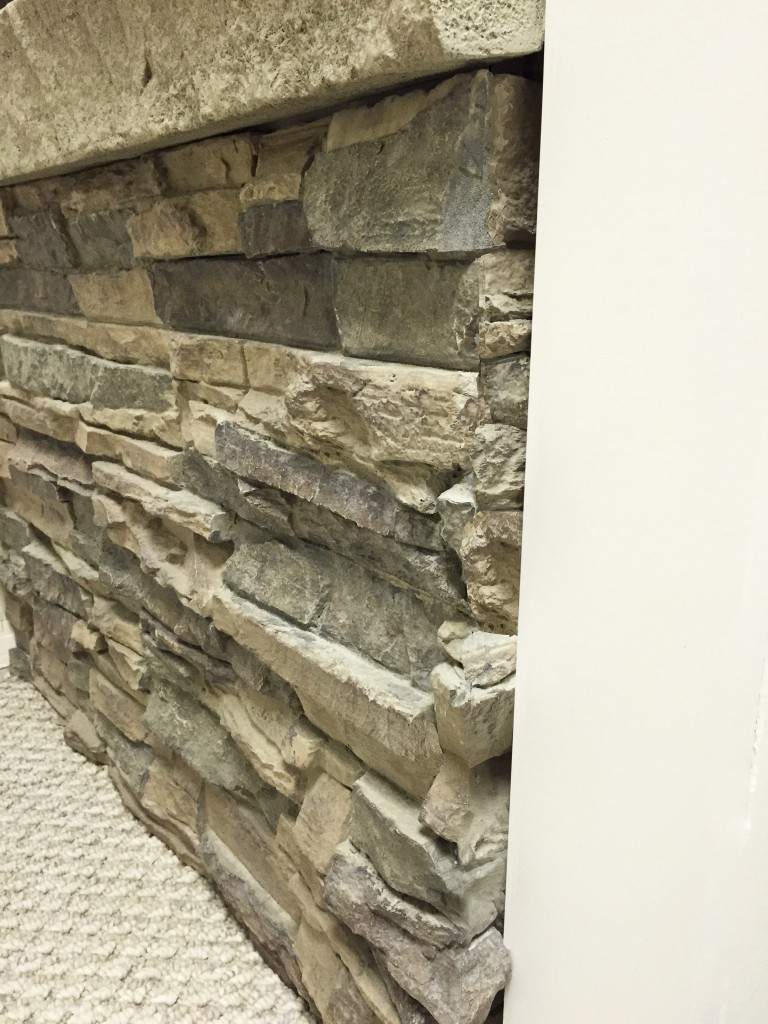 Mitering the edges of the panels is easily done.

When his electrician was over at the house working, Bobby showed him the playhouse.  He said that the “first thing he asked was where I got the stone, as he wants to build a shed behind his house that looks like his house.  He thought it was real stone.” 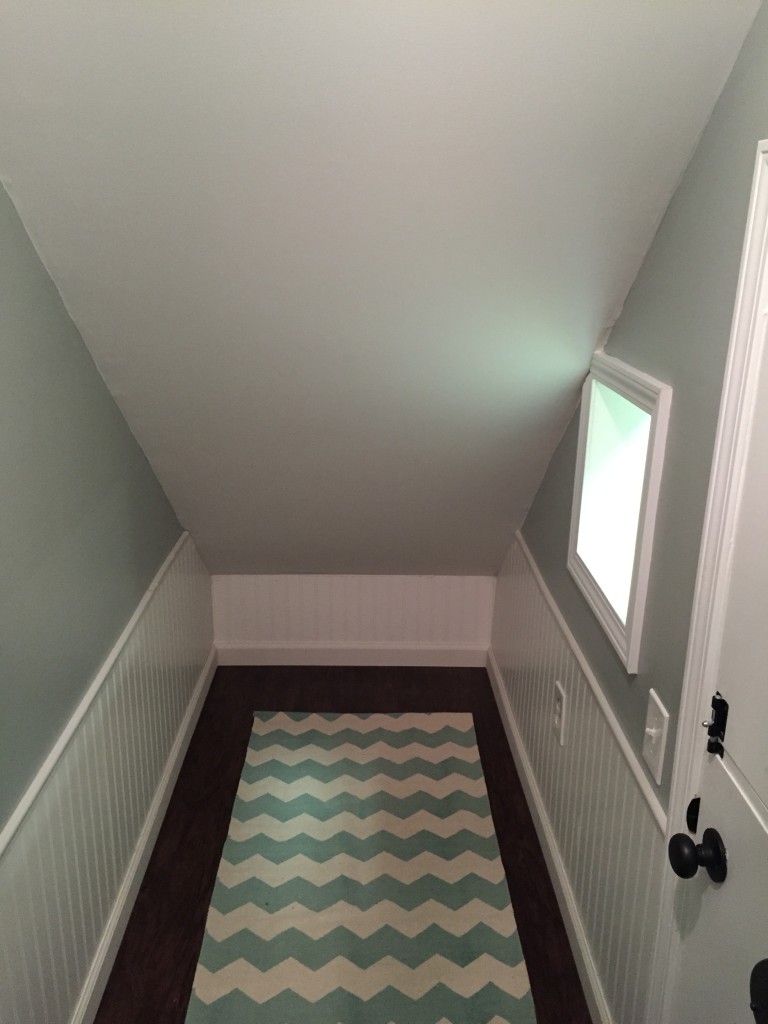 Part of the interior of the playhouse.

Even though Bobby’s daughter is just 13 months old, and he and his wife have another on the way, he wanted to build the project while he had some time.  He said his daughter still hasn’t seen the playhouse yet.

“I am itching for her to get down there!  She is very verbal but just starting to walk and I just finished the inside of the playhouse.” 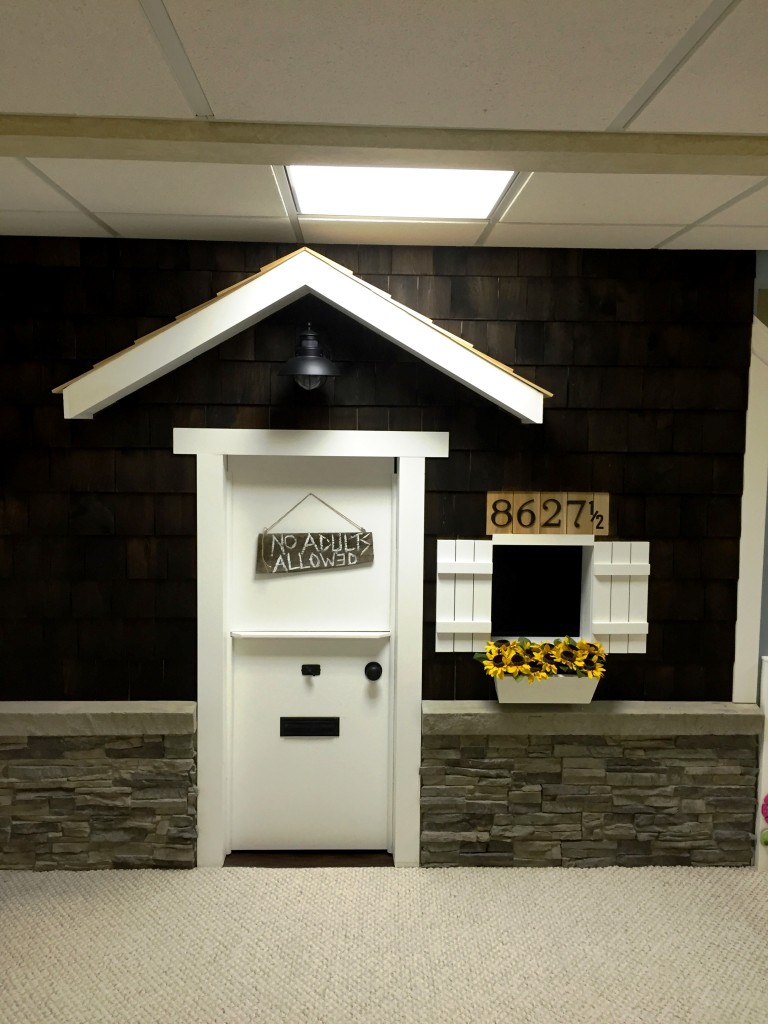 “Ever since my daughter was born, I have become more emotional than I ever thought I could be.  Building this playhouse downstairs and seeing the joy in my nieces and nephews face when ringing the manual doorbell or sliding letters in the mail chute is affirmation that the time spent was well worth it!  I cannot wait for Christmas when we bring her down there for the first time and subsequent years when she has her friends down there playing house.”