Scott, from Georgia, recently sent in photos of the project he and his family just finished. Not only do his pictures demonstrate how great exposed ceiling beams can look - they also show how easy installation can be.

When Scott Affolder and his family moved into their Kennesaw home, one of the first things they noticed were the high ceilings and wide rooms. From a practical standpoint, that was great - but he wanted something to break up the \"fifth wall". The sheer white space of the ceiling needed a little more character. 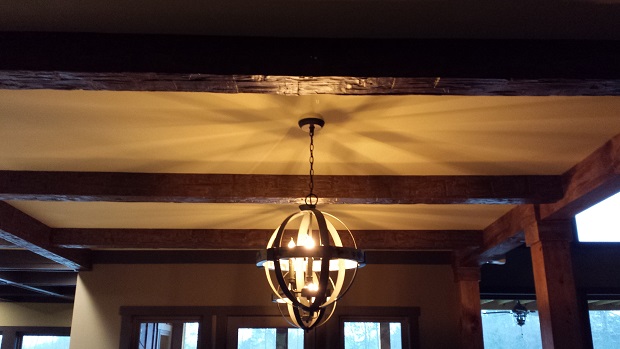 "The dining room and kitchen were one long ceiling," Scott tells us, in the email accompanying the pictures he sent. "So we decided to break them up with faux wood beams. Eventually, we installed them in the bedroom, kitchen and dining room altogether."

After visiting our website, Scott and his family decided on the Custom Rough Hewn style in Walnut. 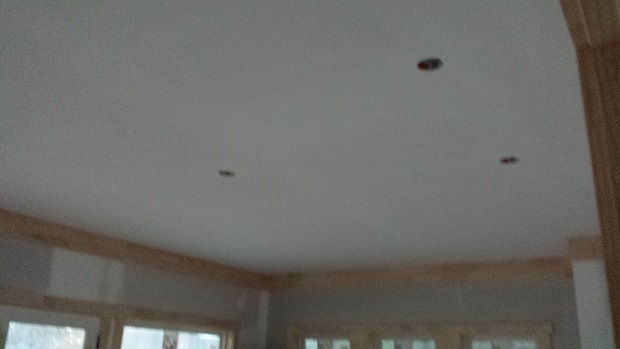 The original ceiling was huge and a little too plain.

Now, if you look at the pictures of Scott's home, you'll notice that the house already had some supporting beams and columns. Scott cleverly criss-crossed the faux beams over the existing fixtures to make it look like they were one and the same; all part of an exposed beam ceiling.

Installation was straightforward. Because the beams are made of lightweight and durable polyurethane, they weigh just a fraction of what real wood would. As a result, with one person to steady the beams and another to screw them into place, the process was a mere two-person job. 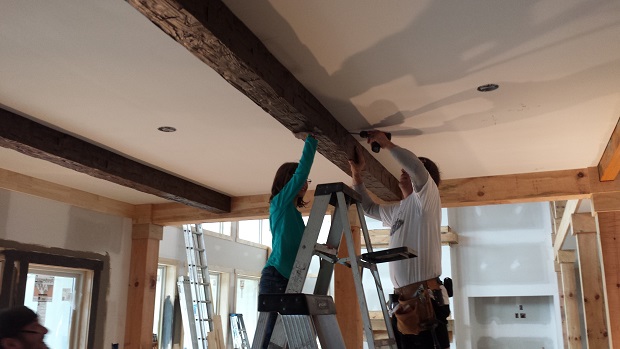 Because our beams are so lightweight, Scott was able to install them with help from just one other person.

Cutting the beams to perfectly align with the existing columns and timbers was the other challenge; but because of the material our beams are molded from, those cuts can be made with a regular wood saw; and the results demonstrate how perfectly Scott measured the beams before cutting them. 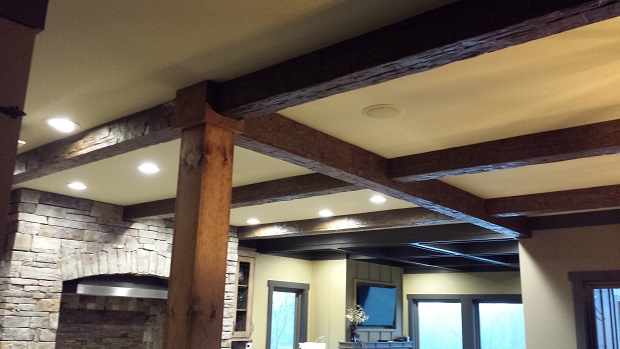 The end result looks incredible - and you can't tell where the real beams end, and the faux begin.

The end result looks fantastic; and thanks to the vivid realism of our products, it's difficult to tell which are the real beams, and which are the ones Scott and his family installed.