Recently, we featured Joe and Kasey's awesome kitchen project where they added faux beams from Barron Designs to their large span ceiling. Here are some more shots of that project, and more information about why going faux is the best choice when you need to 'go long.' 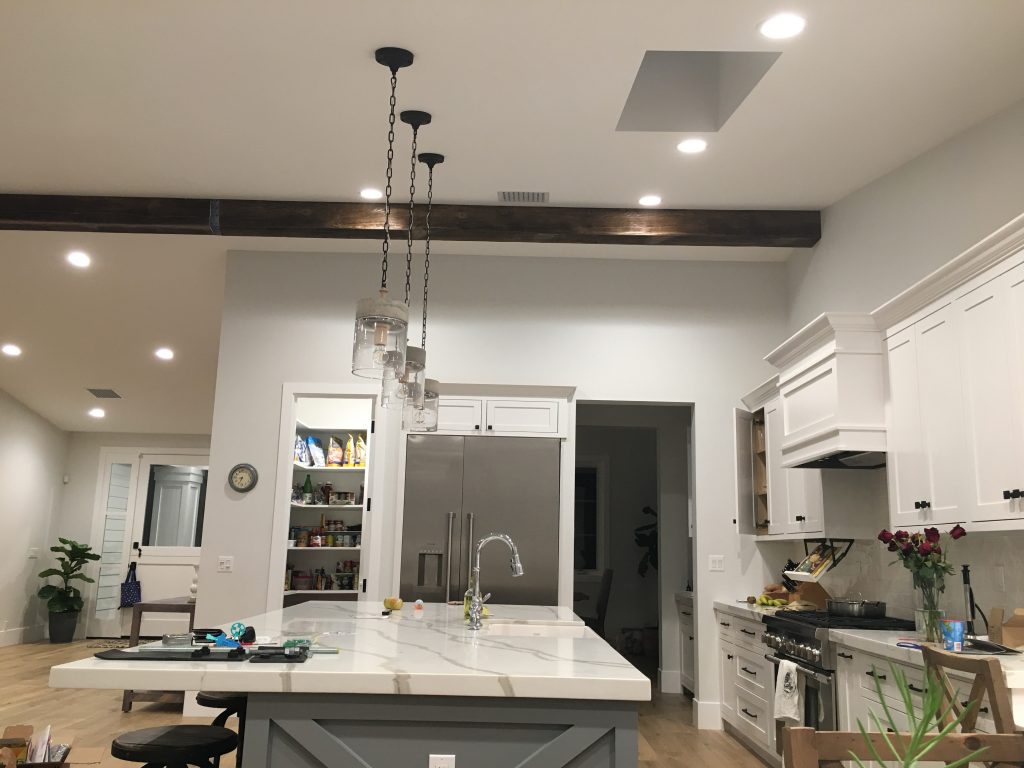 Joe and Kasey project wanted to run a single beam across the entire length of their kitchen - far in excess of the 30 foot maximum available size.

Kasey and Joe managed to solve that problem by connecting two of  beams end-to-end, and covered the seam with a rubber beam strap. In our last post, we discussed a variety of reasons why that was a superior solution to trying to find a real wood beam that stretched more than 30'.

But quickly, we thought it was worth going over some of the practicalities of choosing real wood over faux - and one of the most important is just understanding where real timber beams come from.

Timber comes from trees - that much is obvious. What's equally obvious - but something not a lot of people think about - is how a tree trunk gets cut down and turned into beams.

A saw-mill takes the entire tree trunk and uses a computer-controlled cutting program to slice the trunk into lengths of wood. The core of the trunk becomes the beams that people use in construction. The surrounding wood gets turned into planks, two-by-fours and other lengths of wood.

The width of the wood isn't a problem - although it's worth noting that you can only make one timber beam from a trunk of a tree. The length is the issue. It takes 60 years for most trees to reach 30' in length, and that means the maximum length of timber beams is generally no greater than what we can produce with our faux versions. Therefore most homeowners would be left with the same situation as Joe and Kasey found themselves in - trying to connect two beams end-to-end to give the appearance of one seamless beam.

Given that the problem is the same, there are a variety of reasons why 'going faux' is the superior option. Budget is at the forefront as faux costs a fraction of what a comparative length of timber would. 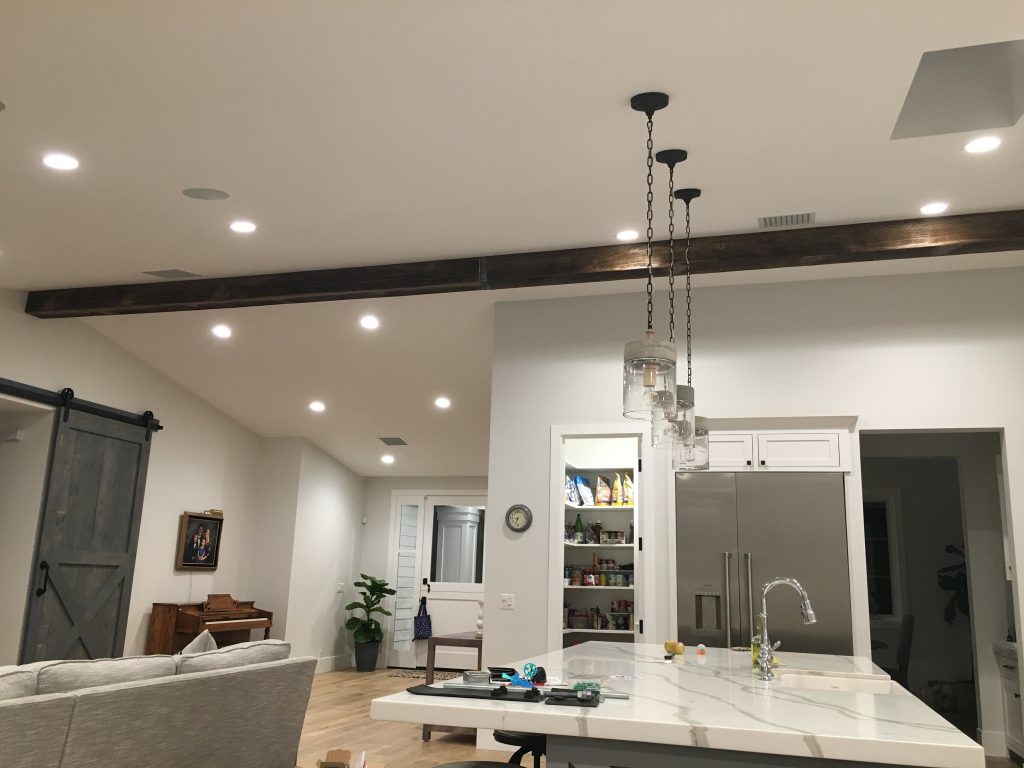 Beam straps made a good solution to hiding the seam of these two beams, since they were uniform in width.

Next is ease of installation. Our beams can be attached to the ceiling with nothing more than regular wooden mounting blocks, while a real timber beam - which could weigh upwards of 100 pounds - requires special support and installation to be mounted safely.

But perhaps the most dramatic reason is that our beams are uniform - and that's something real timber beams can't compete with.

When I say 'uniform' I mean that every single beam we offer is available in a variety of consistent sizes - each end of the beam matches up seamlessly to the width of other beams of the same size. That's because they're molded in a consistent way - which varies the texture of the beam, but ensures they're reliably the same width, height and length.

Real wood, conversely, tends not to be available with such consistency. In fact, even lengths of timber you buy at Home Depot aren't the sizes they claim to be. A length of 2" x 4" from a store can vary as much as half in inch in actual width, and when you're connecting two lengths of wood end-to-end, that discrepancy is incredible obvious.

So beyond the practicalities of 'going faux' over using real timber, the end result looks better as well. And when you combine aesthetics with practicality, there's really no question about what's the smarter choice!