Fans of Showtime’s The Tudors will be familiar with the English style of architecture known as ‘Tudor’. A combination of exposed beams, brickwork and stucco, it’s an iconic look that modern homeowners still try to copy today. Here’s some advice on how. 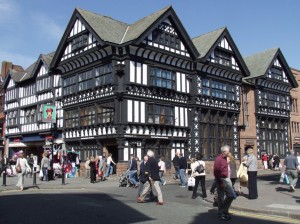 Authentic Tudor buildings, like this one in Chester, England, were the skyscrapers of their day.

The first thing to do when looking to create a mock Tudor style home is to think like a medieval architect. The reason this iconic type of home building was invented was not because it looked cool, but because it was immensely practical during that period.

The classic ‘Tudor’ style of architecture was actually a primitive form of period skyscraper. In cities like London – then the most populous in the world – residents struggled to cram more and more people into ever more cramped city districts. The most practical solution to this problem was to design taller buildings and that’s how the style developed.

To recreate the Tudor look in your own home, you have to think in layers. 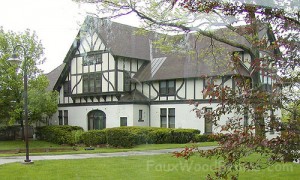 Before you start any project, we recommend you check out our photo gallery and testimonials – they feature tips and design ideas from a number of our satisfied clients, and can offer a wealth of inspiration to help you create the home of your dreams.